Do mental disorders or differences (for example, Asperger Syndrome) affect the ability to dream and how? - By Gvlego

Rebecca Turner: Asperger Syndrome (AS) was defined relatively recently and so there are very few sleep studies of it in the scientific literature. The condition is now considered a form of High-Functioning Autism and is marked by altered social interactions, restricted interests, and repetitive and stereotyped behaviors.

My own research into Asperger Syndrome and dreams has thrown up a curiously mixed bag of results. On the one hand, clinical observations suggest patients have a harder time with sleep and dream recall. On the other hand, first-person accounts on blogs and forums suggest dream recall - and even the ability to lucid dream - is largely in line with the general population.

On the clinical front: studies suggest that children with AS are more likely to have sleep problems, including difficulty falling asleep and frequent awakenings all night long. Further clinical observations suggest that patients may suffer from similar sleep disorders as autistic patients, including abnormal REM sleep and poor dream recall.

One EEG study called A Laboratory Study of Sleep and Dreaming in a Case of Asperger Syndrome was performed on a 25-year-old male AS patient over two nights. It found low levels of Slow Wave Sleep (deep sleep), high levels of Stage 1 (light sleep) and lots of awakenings. His REM (dream) sleep was typical. However, when he was awoken on three occasions during REM sleep, he couldn't remember any dreams just prior.

Now compare those findings with personal accounts: Gavin Bollard, creator of the blog Life with Asperger's, did an impromptu survey of 52 "Aspies" asking about their dream recall. He found:

Based on Gavin's survey it appears people with Asperger Syndrome have a similar dream recall rate to the general population.

Gavin, who was diagnosed with AS as an adult in 2006 while investigating his son's behavior, noted: "I've always had fairly vivid dreams and surprisingly, I've remembered quite a few of them. My childhood dreams are still clear as crystal, it's my adult dreams that I don't remember as well." You'll note from Gavin's blog post on Asperger's and Dreams that he describes controlling his childhood dreams, if not actually realizing he was lucid dreaming: "...if I made swimming motions with my hands and feet, I would actually be able to float in the air and control my direction. This particular dream was so vivid that I remember being anxious to rush outside and try it, just in case it really worked."

He also recalls recurring nightmares from his childhood, as well as vivid and lengthy daydreams that could even turn into day-nightmares: "Arguably the worst daydream I'd ever had was one where I clearly saw a nuclear payload drop from a plane. The daydream was so vivid that I felt heat on my face..."

Posts from online forums also show that people with Asperger Syndrome are fully capable of lucid dreaming. One user writes: "I have Asperger's Syndrome, too and I think I don't have more difficulty with dream control than other people do. I sometimes do have difficulty interacting with dream characters but I don't know if that has something to do with being an Aspie (maybe because I have also some difficulties interacting with people in the waking life)."

How can we account for this difference between clinical and real-world observations? Perhaps those who respond to dream polls and are active in dream forums represent a portion of the spectrum whose sleep and dream lives are less severely affected. It could be that the more severe the condition, the more severe the effect on your sleep and dream life.

If you have Asperger Syndrome and are interested in lucid dreaming, my advice would be to keep at it. Because as one Aspie pointed out, this could provide a major advantage: "...[people with AS] can obsess about their special interests... having Asperger's could in fact be helpful as one will then be thinking about it [lucid dreaming] much of the time. Note with my Asperger's I'm unable to fantasize at all in my head... but that don't affect me from doing stuff like WILD."

Visit our lucid dreaming forum to read these quotes in context and discuss dreams with other people who have Asperger Syndrome. 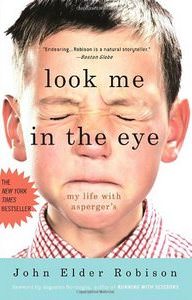 For a personal account of living with Asperger Syndrome, see Look Me in the Eye: My Life with Asperger's by John Elder Robinson. Ever since he was young, Robison longed to connect with other people, but by the time he was a teenager, his odd habits - an inclination to blurt out non sequiturs, avoid eye contact, dismantle radios, and dig five-foot holes (and stick his younger brother in them) - had earned him the label "social deviant." A born storyteller, Robison has written a moving, darkly funny memoir about a life that has taken him from developing exploding guitars for KISS to building a family of his own. Strange, sly, yet always deeply human.