How to Create Music in Lucid Dreams

Is it possible to create original music during a lucid dream? Yes, it certainly is. Not necessarily more possible than while you're awake, but definitely possible.

I know this because I've managed to create music while dreaming, on multiple occasions. Music that has been described by random YouTube users as ‘fantastic', ‘great' and even ‘awesome'. How did I do it? Can you do it too? Yes to the latter and the former will be explained post haste.

The First Song I Ever Made in a Lucid Dream 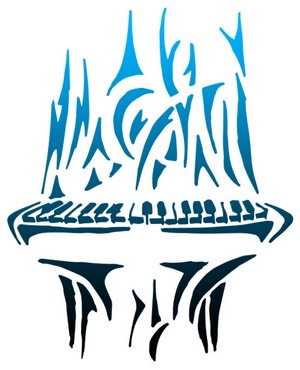 One night, a few years ago, I was making an introductory video for this website. The video needed a musical soundtrack that would be simple and unobtrusive, yet tuneful and hopefully pleasant. At risk of sounding vain, I admit that I am very vain. Especially when it comes to my music. So I decided that I would make a bone-rattlingly good tune that would nicely fit the fantastical lucid dreaming video.

I put together four chords that I've always liked and started creating a song. It started nicely enough, but nothing was clicking. I kept repeating the chords in the hope that my brain would autopilot its way to something decent, but no such luck. I was tired, it was late, so I went to bed and subsequently to sleep.

Now! We've all done that thing where our brains replay the last song we heard on persistent auto-repeat. Yes? And we've all done that thing where we spend some time doing a repetitive activity in the evening, then when we go to sleep we dream about doing the same activity. I dreamed about playing the four chords over and over. I was not lucid at this stage. To the hazy recollection of my repeatedly impact-damaged brain, I spent the rest of the night dreaming about random other things, probably such as flying carpets, mountain climbing, waterfalls and swimming.

In the early morning, probably an hour or two before I woke, I realized I was dreaming. Those chords were still playing on my brain's one-song-on-an-endless-loop (TM) radio station. Being lucid, I wiped out everything and stood in the clouds. I constructed a huge piano out of light and started conducting it. I say conducting rather than playing, because I didn't have to touch the piano to make it play. I was waving my fingers at it like a wizard. Every time I played a key, that note would send light up into the sky.

I played the four chords with my left hand and the music became louder and warmer. Then I started playing the other parts of the song. This continued for at least twenty minutes. My mood lifted with the pace of the music. Drums joined in out of nowhere. A soft bass hummed underneath us and buzzed in elation at the end of each bar. I made fills and solos and flourishes. It was awesome. But I wasn't trying to remember any of it, I was just enjoying conjuring my lucid dream song.

I woke up some time later and thought about the song I had played in my sleep. I hopped on my piano and tried to work out how I was playing the song. After I had worked out the gist of the note patterns, I got on my computer's piano and made an attempt to record what I remembered from the song. Let me tell you, most of that amazing lucid dream song is lost forever. The complexity of it was too great to remember.

The parts I did remember (and some that I embellished) went into the final recording of the track Lucid. So far, Lucid is my most successful and popular song. I've sold upwards of fifty copies over the internet, which I don't have to tell you is a pretty big deal. I was even forced to make myself my own Grammy award for best song written while asleep. You can download Lucid here, or listen below. Better yet, do both.

Another attempt at a lucid dream song was my more recent piano piece Abresolute. The dream was the same as the last time - I was in the clouds - but instead of playing a piano of light, I was trying to explain the song to a future being, most likely my firstborn child. Pretentious? Moi? Not only that, I wanted to name him Basil, which I still maintain is a perfectly good name. You can listen to the song below or download Abresolute from my very thorough website.

How to Create Music in Lucid Dreams

I believe anyone has the ability to create original music during a lucid dream, even if you don't play a musical instrument.

Firstly, neither of the aforementioned lucid dream song writing sessions required my physically dexterous piano skill. Both times I was waving my hands around like a wizard, rather than hitting the actual keys necessary to create the notes. From this I conclude that physical ability to play an instrument would not be necessary to create music in a lucid dream.

But how can you remember and reproduce your lucid songs in real life?

This will be difficult unless you can play an instrument. I recommend learning one, as we only have one life and this is it. It will take several months of practice (minimum) to reach sufficient competence to reproduce a song you've created in your dream. The ability to play by ear (rather than by reading notes) is important because you won't have the notes in front of you, obviously. You'll be trying to remember the sounds you created in the dream and produce those same sounds on your instrument.

I recommend starting learning an instrument today, not tomorrow. If you're serious about wanting to create music and exploring the world of lucid dream induced music creation, start today.

What might happen is you'll have a lucid dream tonight - yes, you'll have a lucid dream tonight. As soon as you realize “I'm dreaming! What shall I do?” you'll remember reading about this. You'll invent your own musical instrument, something strange and fantastic that nobody's ever seen before. You'll pick it up and play it like a master instrumentalist. You can play your favorite songs in front of an audience under the stars. You'll watch the galaxy expand around you and hear the secrets of the universe humming in your ears. You'll play the soundtrack on your instrument, every note will fill you with joy, intrigue, excitement, wonder and ecstasy. And then you'll turn up the volume! Your music will rise and fall and dance and sing, your song will shine brighter than the sun and light up the universe. You'll create sounds beyond those of human comprehension. You'll see the music with your eyes, taste it and feel it.

And when you wake up, you'll remember a tenth of what you played.