Home >
Paranormal Activity
> Is Astral Projection Real or a Type of Lucid Dream?

The Startling Truth About Astral Projection

For skeptics, astral travel is a controversial notion because of the lack of direct physical evidence. For lucid dreamers, it bears striking resemblances with internally generated wake induced lucid dreams (WILDs).

So, is astral projection real?

Well, it depends what we mean by 'real'. As a skepticital sort and a seasoned lucid dreamer, I have a unique perspective.

As a teenager I was set on having out of body experiences.

Through meditation practices, I'd already had some tantalizing experiences of passing through the "vibrational state"; a harsh buzzing sensation which marks the onset of conscious sleep.

Around the same time I began having lucid dreams.

Soon, I'd managed to separate my awareness from my body in bed, and float in my bedroom. Sometimes it was clear I was floating in a dream bedroom, in a completely different location to where I went to sleep. Other times I felt it was absolutely for real (even if it was difficult to see much) and I was aware of being in my own room. 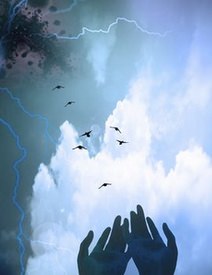 Over time, I had more WILDs, in which I entered my dreams, consciously, from a waking state.

If I didn't imagine a dream scene in time, I'd start dreaming of my bedroom, and then I'd float out my body and out the window. It was as tangible and real as any "astral projection" experience I've ever heard about.

And so it started to make sense to me that all of these slightly different exit methods were all internally generated dream states.

When I looked at it that way, all the pieces of the puzzle fell into place.

The Links Between Astral Projection and Lucid Dreams

It begins when you are half-asleep in bed. You may feel paralyzed. You are aware of lying in bed, yet there are some funny sensations going on.

As you dissociate from your body, you begin to feel as if you're floating. Your mind shuts off awareness from your physical body. As long as you are awake, and your body falls asleep, you will naturally transfer your awareness to a more flexible replica body; a dream body.

You could describe this as a spirit or astral body. Or you could call it your lucid dream body. It's all about perspective. But I'm quite sure this is not a real body.

To carry the perception that you are still paralyzed, or somehow stuck in your body in bed, will almost certainly create a frustrating experience. It may even become scary - especially if you start to dream that evil entities or astral spirits have entered the room. This is a true mark of sleep paralysis.

One you "separate" from your body in bed, you can explore the room, pass through walls and windows and even fly out into the night. It's no wonder that this incredibly realistic experience is interpreted as a spiritual one.

If there's one reliable principle in lucid dreaming, it's that your expectations play a leading role in your experience. This is just one way we can establish for ourselves that it's an internal and personal experience.

In the same way, if you imagine a friend's house on your astral travels, you will likely zap there in an instant. If you imagine your body back in bed, you will quickly return to it. And if you expect to see the legendary silver chord connecting you to your body, it will materialize.

These are all descriptions of "out-of-body" induced lucid dreams.

Why Belief in Astral Projection is Dangerous

Is belief in astral projection (as a real, spiritual phenomenon) somehow detrimental or damaging?

Why can't people just believe whatever they want to believe?

Of course, you can!

But there is some evidence to suggest that believing entities you encounter to be real could actually harm you and detract from your experience of lucid dreaming.

As lucid dreamers, the expectation principle often works in our favor. We can use it to manifest dream figures and objects, change the scenery, and fulfill our greatest desires. Even if things turn sour and we experience a lucid nightmare, we remain aware that none of it is real and we are safe.

For the astral traveler, the power of expectations (both conscious and unconscious) could be a major hindrance. Not least because of the direct emotional implications of mingling with the spirit world. One example is from the blogger Erin Pavlina who described her first astral projection experience as terrifying:

During sleep paralysis, Erin sensed three other entities in her bedroom, trying to coax her out of body.

She struggled to breathe. To scream. To free herself from the terrifying paralysis. She felt sure it was all real, including the malicious entities. The more she fought it, the more terrified she became, until she eventually woke up.

Erin believed her spirit was in a literal tug-of-war against the presences in her room (who, incidentally, she could also hear talking about her).

Because of her spiritual belief system, Erin was convinced these visions were real. Sleep paralysis can be scary enough, even when you know it's all in your head. Imagine the intensity of the fear if you truly believed these were evil beings from a spirit world.

To feel safe in your astral explorations or lucid dreams, I suggest you consciously recognize that any entities you perceive be accepted as dream figures.

This calm recognition will help reduce your fear and lead to better, more fulfilling experiences.

This is a controversial subject.

It touches on that sensitive spot where people hold their religious and spiritual views.

But you can believe in the notion of ‘astral projection’ and yet still embrace the fact that these experiences are internally generated.

All those things that probably brought you to this page… the ability to visit other planets, communicate with foreign entities and travel through the cosmos attached by a silver chord… are all totally possible!

You just have to embrace a scientific as well as spiritual mindset and treat astral projection as a skill.

The first thing you should do is sign up for our free lucid dreaming course.

However, if you’d like to learn the art of astral projection more directly, there are credible sources out there.

Dr. Steve G. Jones is one of these. Known as the ‘celebrity hypnotist’ he is the author of several books and has been employed by a number of famous Hollywood actors.

His popular course The Art of Astral Projection is based on an easy-to-follow 14 module protocol that is rooted in his background as a clinical hypnotist. 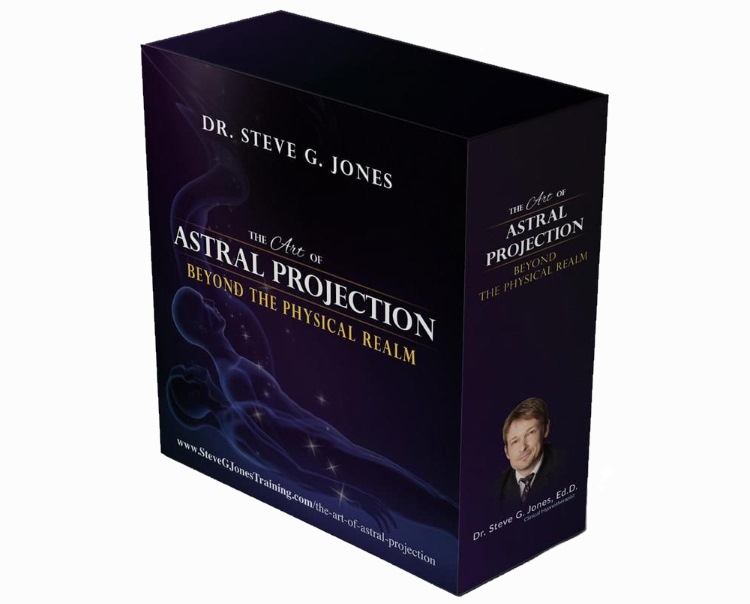 Here’s one of many reviews and testamonials from his website:

“Wow you gotta try this. If you have ever thought about Astral Projection, this is the program for you. I have been Astral Projecting most of my life, but unable to control when and what to do after I got there. This program laid it all out. From what it is and is not. From meditations to proper breathing every thing. You will not believe the things you will do and see. You will learn to fly across the street to across the universe!! I have tried other programs most of them were only music driven meditation mp3s with no other help. Guys you got it right!”

You can check out his course and see the other reviews here.