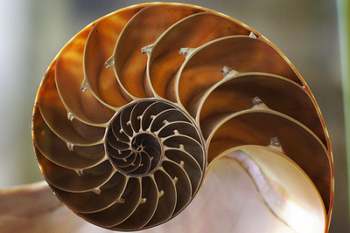 Over the following weeks and months, he was blown away by the response: more than 8,000,000 views and comments told him that his new form of meditation technology was a hit.

But why did it have such an impact on the meditation community? What was Knudsen doing differently from all the brainwave entrainment producers?

Quite simply, he used a principle that is found all throughout nature... It is known as The Golden Ratio.

The Golden Ratio, as it's been known for millennia, is a mathematical term which illustrates a certain geometric relationship between numbers. 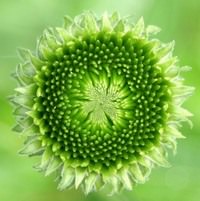 It is found throughout nature: in the branches along the stems of plans and of veins in leaves. It even appears in the skeletons of animals, in the branchings of their veins and nerves, and in the geometry of crystals.

In fact, it appears repeatedly and in places you would never imagine - operating as some beautiful, highly efficient universal law.

"[The Golden Ratio contains] the ground-principle of all formative striving for beauty and completeness in the realms of both nature and art, and which permeates, as a paramount spiritual ideal, all structures, forms and proportions, whether cosmic or individual, organic or inorganic, acoustic or optical; which finds its fullest realization, however, in the human form." 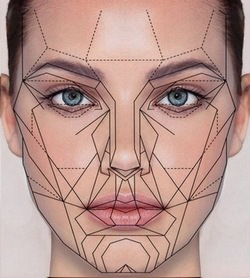 The Golden Ratio is even evident in the symmetry of the human face. Studies reveal that the more the face conforms to the ratio, the more attractive we find it.

Some twentieth-century artists (like Salvador Dali) and architects (such as Le Corbusier) have proportioned their works around the Golden Ratio, finding it aesthetically pleasing to the eye.

But could the Golden Ratio also have a unique impact through sound?

This idea excited Marcus Knudsen enough to apply it to his proprietary audios.

He first tested the result on himself to see if the brain would recognize the natural properties of the sound. Then he then gave it to a number of human guinea pigs to test the result while listening in a calm, relaxed state... 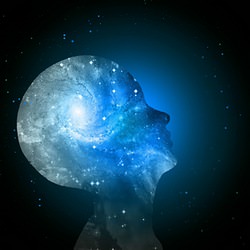 The initial feedback was striking. Knudsen's test subjects reported entering altered states of awareness with a few minutes of listening.

Although there were some subjects who said they were unaffected by the audio, the majority of people reported one or more sensations of:

As you may notice, these are all indications of meditation and/or transferring your consciousness across the sleep-wake border. It is the gateway to profound meditation, lucid dreaming and out of body experiences.

To attain this state naturally requires mental training, learning the fundamentals of meditation and focus. For some people, it takes years.

Yet here is an immediate solution: an audio that triggers a meditative state without effort in minutes. Marcus Knudsen has enabled complete beginners to fast-track their way to altered states of awareness on demand.

Excited by the small-scale trials, Knudsen took his experimental track and put it on YouTube. What happened next would take his new technology and put it into the hands of millions of would-be meditators and lucid dreamers.

As the last count it had received 8,423,308 views - all through the viral nature of video sharing (Knudsen used no marketing at this stage).

Soon, he realized there was a huge market for a complete product, not just a YouTube video but a downloadable meditation recording which users could take anywhere, and listen any time.

So he went to work and created 7 hours of "Bliss Coded" audios, which he distributes today at Bliss Coded Sound.

With a growing customer base, Knudsen now has considerable user feedback which he shares on his website.

He asked me to check out his work too, and offer my genuine feedback. As you may know I've listened to lots of brainwave entrainment over the years as part of my lucid dreaming preparation but this was something else.

There's no doubt in my mind that something significant is happening. I only need to listen to this for about 10 minutes before I remove my headphones and take in everything that happened.

I can then continue my meditation with or without the audios, depending on which way I think it's going to go. Silent meditation is still an essential part of my routine - whether or not I use audios to kick-start the process.

I find, like many others, that meditation is a key element of lucidity practice and yet with life becoming increasingly hectic, it is harder and harder to make space for it.

So now when I'm feeling frazzled I return to these audios as a shortcut to meditation. I believe that, like with any effective meditation, there are benefits to repeat, long term practice for:

In short, Knudsen has invented a unique form of meditation technology -- distinct from the dozens of increasingly generic brainwave entrainment offerings -- to enhance your meditation and lucid dream life.

When you meditate deeply and heighten your awareness of the intuitive thoughts within, you forget your physical senses and go on a mental "trip". It's ideal training ground for lucid dreams and OBE induction, while also providing ongoing stress relief - through a totally safe and natural high.

Some people spend years developing this state of meditation naturally. It is only through new technology like Bliss Coded Sound that we can accelerate the learning process dramatically in our modern, pushed-for-time world.

Customer feedback shows that many people start to feel noticeable effects of Bliss Coded Sound within 1-5 minutes. You can do this from your computer or mobile device right now, although I recommend making the time to listen lying down in a darkened room, with zero noise and interruptions.

And remember, the best time to meditate for lucid dreaming is during the night when you happen to wake up between sleep cycles, as well as early in the morning. These sessions can lead you into the WILD and WBTB techniques for the longest and most vivid lucid dreams.