How To Stop Nightmares with Lucid Dreaming

How I become lucid in nightmares: to confront the source of my fear, to learn and grow emotionally, and to extinguish dark dreams at the root cause. 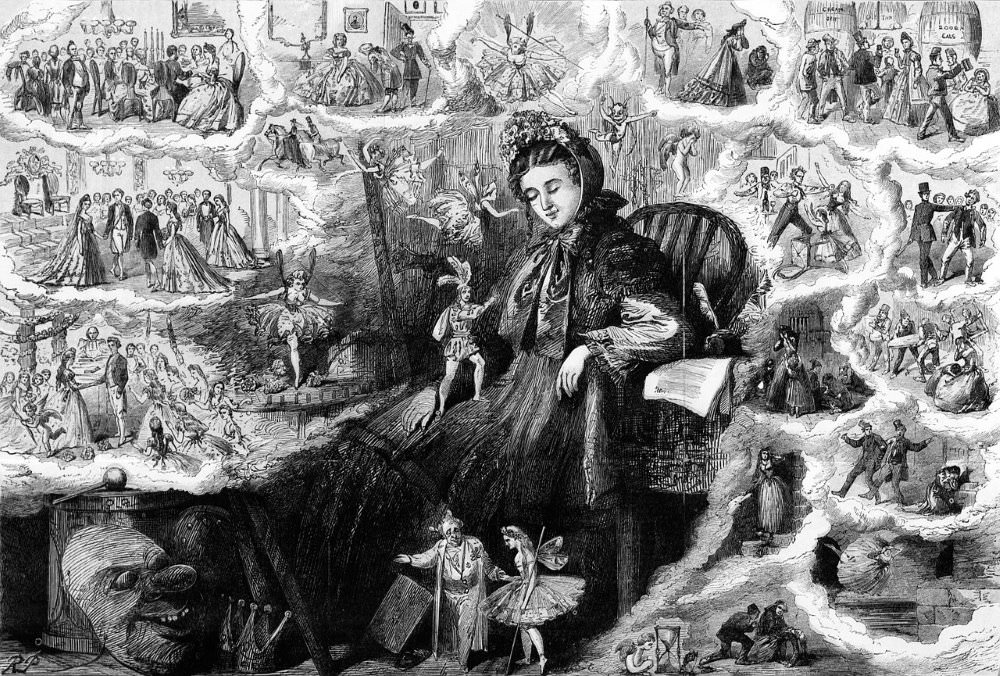 I was walking down a hallway with my dad when it happened.

A dark, pointy figure grabbed me by the ankles and flung me down the hall. I was shocked and in pain. But before I knew what was happening, he marched over to me and did it again.

He was furious. He was going to destroy me. And I had nothing.

Except for my lucidity.

After smashing against the wall for the second time, my fear became so intense that it jolted me into realizing the simple truth: "I'm dreaming!"

In an instant, my nightmare transformed from a world of sheer terror to a universe of endless possibilities.

I was then lucid dreaming: consciously aware in the dream state, capable of thinking clearly, experiencing the dream in extraordinary detail, and controlling my own actions.

Usually at this point, I fly away and pursue some fanciful adventure.

I might dive into the ocean and swim with the dolphins. I might summon a movie star to play a role in my dream. I might visit the Pyramids of Egypt, or the Eiffel Tower, or the Grand Canyon. I might skydive, shapeshift into a wolf, or teleport to another universe or a galaxy far, far away.

My lucid dreams are not even limited by my own conscious imagination. Because what I can't dream up... my unconscious mind can.

The unconscious mind is brimming with surreal and creative imagery. I've seen the lucid dream world in 360-degree vision. I've drawn dream characters in the air and watched them come to life. I've tunneled into the ground only to emerge in the sky below. I've been shown the quantum world, the meaning of life and the vastness of nothing.

In these dreams I can relinquish control and let the bizarre dream scenario play on; I'm just a passive but highly self aware observer, gobbling up the dream in all its wonderful and tangible intensity.

Or I can take the reigns and explore my dream actively, seek to fulfill my own personal goals and desires.

What should I do with my lucid dream tonight?

On this occasion, I chose to do something special.

I decided to turn the nightmare in on itself. To confront the source of my fear and ask outright what was happening.

I had to know why I was being so badly mistreated like this.

While still reeling from the violence of the silhouette man, I marched up to him, grabbed him by the shoulders, and yelled: "WHY ARE YOU DOING THIS TO ME!"

His aggression immediately turned to sadness. I saw a childish frustration. A hopeless creature.

"I can't reconcile this," he said. Those were his words. Not childish at all.

Then he handed me a notepad, much like the one I used in my own daily work, and saw he had scrawled four words: be loved / love yourself.

I knew exactly what he was talking about.

Earlier that day I'd been having a discussion about whether it's more important to be loved by someone else, or to learn how to love yourself .

I figured my conclusion that day was in conflict with one of my core beliefs. And now this part of me was acting out in a huge tantrum. Boy was he mad.

But instead of fearing him, or feeling angry at him, I felt enormous empathy for him. He was, after all, me. My inner child, perhaps. A little part of me that needed to mature.

I'm still not entirely sure how he figured into things. I could guess that he was furious that I'd decided I didn't want or need to be loved by other people anymore. Poor thing. He'd misunderstood - badly.

I explained how I felt. How important it was, I'd realized, to love and accept myself as a priority. Before I could even learn how to properly accept someone else's love.

That was enough, apparently, because that night he faded away from the dream, both physically and emotionally, and I never saw him again. I woke up in awe.

So, Why Do People Have Nightmares? 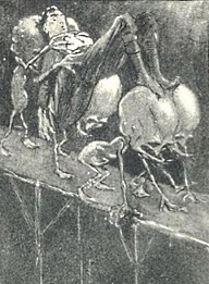 Hopefully my story provides a good example of why you should look inwardly to know what causes your bad dreams.

The question of what causes nightmares can't simply be answered by looking in a book, or doing a quick google search. Your nightmares are a direct reflection of your subconscious state of mind. Stress, anxiety, depression and unresolved conflict all bubble to the surface in your dreams and manifest themselves as nightmares.

So when asking 'why do I keep having bad dreams?', you need to turn your sight inwardly at your self and your life. The causes of nightmares are internal and not external.

How To Stop Nightmares

So, how to get rid of nightmares? 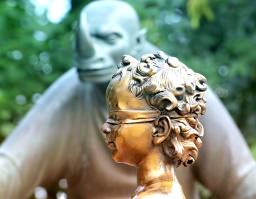 Simply put, you should sort your life out and address the root cause(s) of any undesirable situation. If you are suffering from on-going bad dreams, take some genuine time out to seriously reflect on your life. Are you depressed? What life events are causing you stress or anxiety? Are there any unresolved issues from earlier in your life that you've never dealt with?

Easier said than done? Probably the hardest part of this process is identifying the real root cause of the nightmares. As with my story, the cause was subconscious and wasn't immediately obvious. You might just think your life is fine and stress free. Yet subconsciously you may well be under a lot of pressure in areas that you simply don't realise - you'll this know if you get recurring nightmares.

For most people it's difficult. You can try to analyze your nightmares upon waking. You can attempt to tell them to your therapist. You can offload your feelings onto their real-life counterparts.

Often these methods are ineffective and rely on others guessing the correct interpretations of your mind's ramblings.

That's why I recommend learning how to lucid dream.

Lucid dreamers have an empowering and effective way to resolve internal conflicts by communicating directly with their subconscious via the dream world.

This amazing ability to communicate with the dream whilst lucid has changed my view of nightmares for good. They are no longer a source of fear: they are an opportunity to grow.

You are, after all, dealing directly with your core, true self.

So don't just wonder how to get rid of bad dreams - actually stop your nightmares, with the skill of lucid dreaming!

Chris Hammond and Rebecca Turner are part of the World of Lucid Dreaming team. Promoting science backed and evidence based lucid dreaming practice, in a murky world full of 'gurus' and 'experts'. Connect with us on Facebook, Twitterand the lucid dream forum.

How a Lucid Dreaming Community Was Born

Gather round. I’ve a story to tell. It’s a story of tragedy, re-birth and fresh beginnings... But fear not, it has a happy ending! Our forum had some pretty impressive stats at its peak: 60,171 posts, 134 people online at once and over 10,000 registered users.