How Lucid Dreaming Kept Me from Losing My Mind 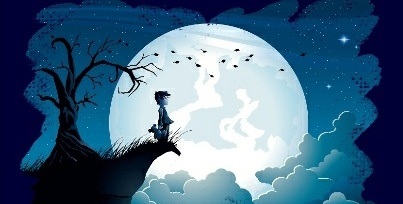 Her name was Saska.

She sat in the last bench in the corner of my high school class. With her big Bambi eyes and her fragile figure, she was the first girl to ever give me any attention.

I am really not sure what happened, maybe she was just being polite and I misinterpreted it or maybe she meant to do it, but after only a few weeks I was in loved with this girl to my bone.

She didn't feel the same way and within a few months my life was a living hell. Everything else I had going on in my life simply didn't matter anymore.

All my masochistic systems were a go and it was all about rushing home to close myself in my room and listen to Glen Medeiros and pining over this girl.

One day I was walking down my street and somebody called my name. As I turned, there she was, running towards me telling me with her eyes that she was wrong all this time and that she loves me just as much as I love her.

It was one of the most emotionally charged moments of my life.

Then I woke up to my mom telling me that the breakfast is ready, realizing that in an hour I'll be facing Saska again. But not the one from my dream, but the one that couldn't care less.

A few nights after that, before getting to sleep, I spent some time thinking about the dream and how good it felt.

I fell asleep and had my first lucid dream.

It was a similar situation of me walking down the street and meeting her (the loving version of her, that is). We held hands and I looked at her smiling face, but this time, I realized it was a dream.

All my focus was on not telling the girl in the dream that she's just fruit of my mind tormented by unrequited love.

It was the late 60s and I was completely unaware of the term "lucid dreaming". I just knew I could do this thing.

Soon, I started looking forward to getting to sleep.

Not long after that, I became good at inducing these dreams. A dream would start just like any other, but I would soon question myself if that was a dream I would do one simple thing - go to the first house I see (somehow, it was always a different house) and if she was there, I knew I was dreaming.

In time, I got better at this and my fears from ruining the moment went away. I even started talking to my dream Saska about how we are in a dream and how in reality she doesn't love me. The best of my blurred memories tell me that she would dismiss that in a word or two and would go on as if I said nothing.

I found my sanctuary in this little world I created. I knew it wasn't real but the feeling I was waking up to was.

Now I know that the feeling was my brain being pumped with "happy chemicals", but I don't care, it got me through what seemed at the time as the most difficult part of my life.

Years went by, high school was over and we each went our separate ways.

Flash forward a few years to my college days. I stumbled upon some article about being "awake" in your sleep. But I had mixed feeling about this.

On one hand, it took away my "thing" - up to that point I was convinced that I was special and I was the only one able to do it.

On the other hand, it got me excited about new possibilities. Not only in terms of releasing my frustration but in terms of getting to know myself better.

I was wrong though. It proved to be much harder than I thought. It soon became obvious to me that my high school frustration was a huge contributing factor. That's where my "real" semi-successful journey down the yellow brick road of lucid dreaming began.

I was living a carefree, busy lifestyle and it proved to be much harder now to wake up in my dreams than it was for that high school kid obsessed by one thing that he couldn't have...

But I kept at it.

I tried pretty much everything the books were teaching me and I would have a spontaneous lucid dream every now and then. Still, none of them nearly as vivid and intense as the ones I had in high school.

In Search of Saska

That was, until I started using my own experience again.

My thinking was: if these neurological pathways were already created in the past - why am I now trying to do it all by the book and overwrite them? I could be doing it all the intuitive way I developed back in high school.

So I went back to Saska. I went back to looking for her in my dreams (and occasionally in reality) knowing all the time that she was hundreds of miles away, aged, with children -- and probably grandchildren.

And you know what? That worked better than anything I learned in books.

I would find her, still a high school girl, but she was no longer the center of my dreams. She was just a trigger. A powerful dream trigger to wake me to the fact that I was dreaming and that I could do whatever I want.

Now, I just see Saska in my dreams and become lucid. I then walk away to explore other realms, fly, battle hordes of demons or stand up to the big guy that cut in front of the line at the bank few days back... anything that comes to mind at the moment.

And in the days after I have a lucid dream, my life has a completely different "edge" to it than usual. It's completely liberating... 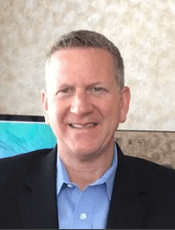 James Menta is an outdoor-enthusiast-turned-blogger from Fairbanks, Alaska. Born and raised in "the last frontier state", he spent most of his life running his family grocery store business, using every chance he got to travel and experience the great outdoors.

Today, he is a father of two and grandfather of four, running his blog on air mattresses and exploring sleep in general.