Many will tell you that Remote Viewing is a learnable skill, that anybody can teach themselves. But what is fact and what is fiction?

Remote viewing is the paranormal ability to see across long distances in space and time without physically traveling there. Although they lack any scientific proof on the matter, RV fans insist anyone can remote view by entering a state of deep theta meditation and watching for any mental imagery which then arises.

Strictly speaking, RVing is considered to be a form of Extra Sensory Perception (ESP). It is the subject of the bizarre book, The Ultimate Time Machine by Joseph McMoneagle which offers intricate RVed accounts of the Kennedy assassination, the life of Jesus Christ, and how the Great Pyramid of Giza was constructed.

Either McMoneagle is a lunatic, a fraud, simply deluded - or there is some grain of substance to the outlandish claims of these telepathic remote viewers...

People who practice remote viewing are often dismissed by the scientific community as paranormal crackpots. What do you think?

Perhaps you are sitting on the fence. Why not try to experience the phenonomen yourself? There can certainly be no harm in trying! You can attain the deep meditative state in which remote viewing is said to occur using brainwave entrainment - a clinically proven technology designed to lower your internal brainwave frequencies and put you in a state of calm relaxation within minutes. 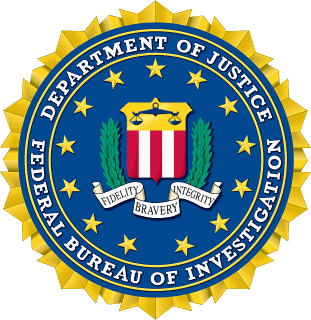 Project Stargate was the code name for a top secret US military operation that used remote viewing to gather intelligence on its enemies. It was launched during the height of the Cold War in the early 1970s, although the US Government had occasionally funded research into ESP since World War II.

Also known as Scanate, Flame Grill and Sun Streak, military research into ESP was shut down in 1995 - after 23 years and $20 million of US Government funding. The project was declassified and the media pounced on it. Why was the US military sending millions of dollars into researching psychic powers? Had they gone completely crazy or was there some proof that it actually worked?

The US Government decided to collect as much evidence as they could on Stargate. If remote viewing was real, they wanted to know about it.

Reports were made each year on the RV data collected, and ongoing funding was approved every six months by the Senate and House select committee. Success rates were never relayed to the psychic spy, so as not to damage confidence in their RV abilities.

Stargate was really a last resort for the military. It would only send a mission to a psychic spy when all other intelligence was exhausted. However, at its peak, the project used around 22 remote viewers. Any information gathered had to be verified by another source. They couldn't act on the remote viewing data alone - it was never deemed foolproof.

In 1995 the project was transferred to the CIA. It asked the American Institutes of Research (AIR) to evaluate all the remote viewing data. But before AIR got to work, the CIA received two conflicting reports on the data.

The first report said the average psychic spy scored 5-15% above chance on their remote viewing targets, and while the data was vague, it was very promising. It concluded that ESP - and especially precognition - was proven to exist.

The other report said it was too early to tell, and nothing should be assumed. On the back of this report, the CIA terminated the Stargate Project.

No longer restricted by the US Government's top secret status, the psychic spies of the Stargate Project became famous. They wrote books, made wild claims (in one instance, remote murder) and created their own research programmes.

Skip Atwater says be careful who you listen to: some of them are just cashing in on the Stargate Project, trying to make money with sensationalist claims of psychic powers. The genuine ones tend to reject labels like "psychic" or "clairvoyant" - they just want to explore the nature of consciousness and its interaction with the subatomic world.

In the beginning, the developers called it Coordinate Remote Viewing (CRV), because they had to focus on specific target coordinates to know where to go. This also fitted in nicely with its military applications.

However, as it became more versatile, a new term was introduced: Technical Remote Viewing (TRV). So when you see these terms flying about the net, they are all referring to the same thing.

RV proponents believe that the ability to see across time and space is something we can learn all learn, just like a new language. It is not a psychic gift or supernatural power, but rather a technology that we can all harness.

Its status among wishy-washy "psychic warriors" outrages professional RVers to this day, who are amazed to meet psychics, channelers, spoon benders, dowsers, UFOers, and many more "alternative types" at RV conferences. They claim the world has misinterpreted this technology as mere pseudo-science.

Can Anyone Learn to Remote View?

According to these professional RVers, it takes years to learn how to remote view and improve your accuracy. However, they are also on a mission to make it accessible to the general public, so the first thing they recommend doing is learning to meditate, in order to put your mind in the optimum state for remote viewing.

I am a massive fan of meditation and its powerful effects on relaxing and healing the mind and body. It is also superb practice for lucid dreaming. I can't recommend it enough! So if you want to learn more about remote viewing, start with meditation - I'm all for it!

How To Remote View

Here is a step-by-step guide to test the idea of remote viewing for yourself.

Perform a meditation routine to relax and clear your mind of busy thoughts and images. Spend at least 10 minutes on this. Gaze into the blackness of your closed eyelids and when an image pops up, gently push it out the way. You want to create a blank movie screen on which RV images will be projected.

A target can be a set of coordinates, a place name, a photograph, an object, or a stock ticker - anything that you can focus on specifically. I've created three random remote viewing targets below for this experiment.

Once you have accessed a relaxed altered state of consciousness, you are ready to begin. Repeat your target in your mind. Note down any colors, shapes or movement that come to mind. The first few images come from your imagination, so ignore them. Pay attention to the ones that persist.

If you can identify the object, then it's your imagination and not the RV target, so ignore it and look for something else. Sketch any shapes and patterns.

Now reveal your RV target - how did you do? Score yourself on how much the two images have in common, based on a percentage scale (100% = perfect match). An image can be composed of colors, textures and movements. You may also pick up on unknown elements outside the photo.

To test your RV skills, I have created three photo targets (right). They are numbered, to eliminate any potentially subliminal alpha-codes. Next time you are meditating deeply, think about any of these targets and note down your thoughts straight after.

Whilst a part of me really wants to believe in remote viewing, I'm afraid that if Project Stargate had produced anything worthwhile, the government would still be perusing those avenues. If $20m can't prove that something is verifiably repeatable, then nothing can!

To everybody reading this who is considering getting into remote viewing: please don't waste your time. Spend you time on something that is scientifically proven, such as lucid dreaming.