Home >
Paranormal Activity
> What Will Happen in 2012?

What will happen in 2012... will the world come to an end? Will December 21, 2012 mark doomsday for humans as a species, the whole planet, perhaps the whole universe? What's going to happen and should we prepare for it?

Let me spare you the wait. The real truth behind 2012 is that it's a hoax. Whether you are caught up in the Mayan prophecy, planetary alignment, super volcanoes, or polar shifts, all these theories emerged only after 2012 was targeted as yet another doomsday date.

Many people are wired to respond to doomsday propaganda, and it's only through critical thinking that you'll find the truth about December 2012.

I'm not going to tell you what to believe; only to think lucidly on the subject and make your own conclusions. To kick start this process, here are some fundamental truths about the claims behind the 2012 hoax.

The reason so many people are asking "what will happen in 2012?" goes back to 1976 when Zecharia Stichin published The 12th Planet. In this book, he said the Sumerians had identified a twelfth body called Nibiru with a 3600-year orbit. 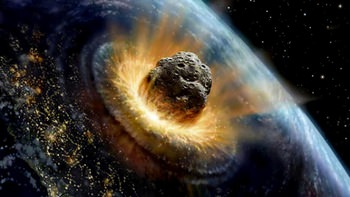 This claim totally contradicts what real experts on the Sumerian civilization have found. The Sumerians, while a mighty race, knew very little of astronomy and most certainly didn't even know about the existence of Uranus, Neptune or Pluto. So the idea of them discovering a twelfth body in the solar system is well off; this was just another wildly inaccurate claim spun by Stichin.

Nonetheless, this is all it took for the great hoax to begin. A self-declared psychic named Nancy Leider (who claims to speak with aliens) announced on her website that Nibiru, also known as Planet X, is on a collision course with Earth. The catastrophe was initially predicted for May 2003, but when nothing happened the doomsday date was pushed back to December 2012.

So what does NASA have to say about this erroneous planet?

In 1984, when news of a potential tenth planet hit the news headlines, the term Planet X became a popular way of describing the unidentified mass spotted via infrared survey. However, after closer inspection, the mystery object was identified as a distant galaxy.

Unfortunately this has not stopped doomsday fans from drawing lines between Stichin's ill-founded claims, the woman who believes she speaks to aliens, and NASA's misidentification of a galaxy far, far away.

Hoax #2 - The End of The Mayan Calendar

With Planet X and 2012 in the public eye, it wasn't long before conspiracy theorists realized the year coincided with the end of the Mayan Long Count calendar. Surely this was real proof that the world will end in 2012! Erm... no.

Calendars keep track of the passage of time; they don't predict the future.

Though the Mayans were very advanced and made solid astronomical observations, there was never any doomsday prophecy made. This has been confirmed by genuine Mayan scholars. The Mayan calendar (like all calendars) had to end somewhere. Not only does it end, but it begins again in a new cycle, just as your calendar ends on December 31 and begins again on January 1.

No matter what New Age loons doggedly spout about the Mayan prophecy, ask yourself: how do they know what will happen in 2012? Where did their information come from? It certainly wasn't the Mayans, who, as we have established, made no such claims about the end of the world.

The Mayan prophecy is just another hoax propagated by the internet, TV documentaries, and even blockbuster movies (see below). People love to jump on the bandwagon even when their knowledge is suspect.

For some reason, a lot of people think that all the planets will fall into perfect alignment on December 21, 2012. Could this spell the end for mankind? 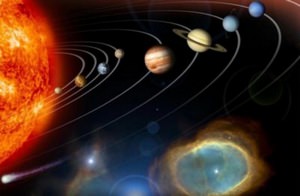 According to NASA, there are no planetary alignments in the next few decades. Earth will certainly not cross the galactic plane in 2012 - and even when any alignments do occur, their effects on Earth would be negligible.

The truth is, every year in December, the Earth and the sun do align with the approximate center of the Milky Way Galaxy but that has never created any effects here on Earth before and neither will it in December 2012. Nuff said.

Planet Earth is surrounded by a magnetic field which undergoes a reversal (north switching magnetic poles with south) on average every 400,000 years. Judging by the current level of movement, we can predict the next reversal will be within the next 1,000-3,000 years. But definitely not within the timeframe of 2012.

Even if a reversal were to occur, it will likely not cause us harm. If polar shifts were deadly, it would show up in the fossil record as numerous mass extinctions since the beginning of life on Earth... which it hasn't. 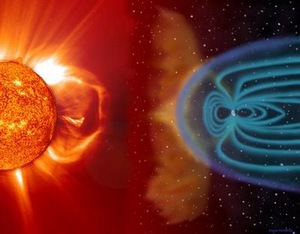 Perhaps the most credible theory of all is solar storms. And yet it still doesn't spell the end of life as we know it.

The sun has regular peaks and troughs of activity, with peaks occurring about every 11 years. In the past, solar flares occurring during the peak period have caused some disruption of satellite communications, but these days engineers are building electronics that are protected from most solar storms.

There is no denying the next peak in solar activity will occur in 2012-2014, but it is expected to be an average cycle. In any case, we are well prepared for solar flares and these should be no different from any other period in history.

If all the 2012 doomsday theories can be so easily discredited, then why on Earth are we so whipped up into a frenzy over it?

This is down to human instinct; to be constantly on the lookout for threats to our survival, and to wonder about where our future is leading.

Some religious leaders exploit this trait to create fear and develop a devout following. People who are depressed and lost in the world are especially vulnerable to this kind of propaganda; they find comfort in the thought of the rapture ending their Earthly pain and taking them to "a better place".

Unfortunately, people become believers in 2012 for lack of critical thinking. They jump on the bandwagon and feel safer - special, even - to be one of the ones who saw it coming. Of course, their doomsday project will fall flat one day, but until then, believers will pour a whole lot of energy into this egregious hoax.

The Media's Role in Doomsday Hoaxes

What if you're not religious but still feel an emotional tug every time someone mentions December 21, 2012? Then you are a victim of the sensationalist media.

For the same human instinct described above, you thrive on the idea of knowing your future - however apocalyptic it may be. If your life isn't quite happy enough in it's current form, you are excited by the idea of society's collapse and a fresh start for all those who survive. This kind of existence is glorified by post-apocalyptic movies like Waterworld, Resident Evil, Zombieland and others.

Meanwhile, Hollywood latches onto pseudo-science to create end-of-the-world scenarios in an attempt to create action-packed movie plots. Which of these Hollywood movies have contributed to your fear of 2012: Knowing, 2012, The Core, Armageddon, Deep Impact, The Day After Tomorrow? Are you willing or unwilling to separate fact from fiction? 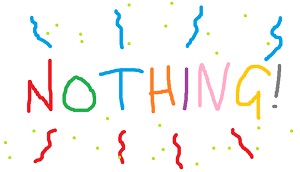 The 2012 phenomenon is a hoax. Anyone who spreads fear about 2012 back their claims with drivel that makes no scientific sense. And, if you hadn't noticed, science is the best tool we have. It's how we created space rockets, computers and cars.

Some go as far as to suggest that ALL of the above theories will take place. In a single day, just before tea time, Earth will be bombarded by polar shifts, sun storms, planetary collision, volcanoes, earthquakes, floods and more. Right.

Take a few minutes to look at the scientific evidence behind the 2012 claims and you will find a complete lack of it. People love to make stuff up; to sound important, to feel in control, or just to make some money. You have probably propagated the hoax yourself, just by talking about it.

There will always be natural and man-made threats to your survival and you should be reasonably prepared for these. Fortunately, the fact that you are reading this article suggests you live in a relatively stable environment with food, clean water and a roof over your head. You are already thriving in a way that billions of people in the world don't.

So the next time someone asks what will happen in 2012 and makes that "ooo-eerrr" noise, stop them in their tracks - and encourage some critical thinking for a change...