Excitement is gathering as we approach the launch of an original sci-fi web series about lucid dreaming called Anamnesis. 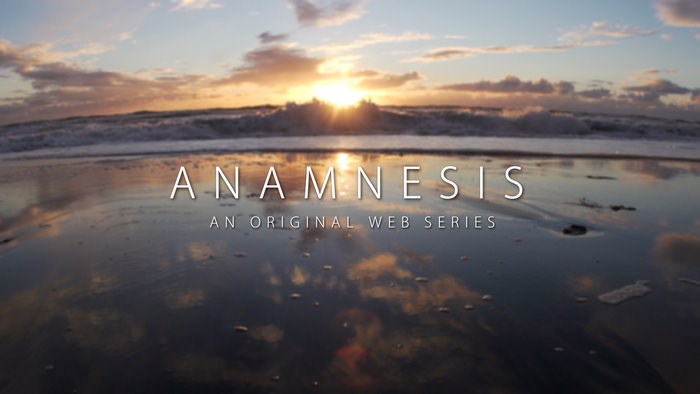 Excitement is gathering as we approach the launch of an original sci-fi web series about lucid dreaming called Anamnesis.

The show is the result of a Kickstarter campaign that reached 151% of its fundraising goal and features lucid dreamers who encounter unexpected phenomena through their dreams...

The lives of three perfect strangers are about to collide. There's Hannah, who has a disturbing dream about her boyfriend's death while it actually happens in reality; Sean, who seeks escapism in his lucid dreams; and Noah, a struggling composer who's losing his grasp on reality.

Anamnesis is being released on this year's Lucid Dreaming Day - April 12, 2015 - and will be viewable on YouTube. Join the Anamnesis Facebook page for full details of the release. Check out the trailer below.

So is the show all about dreams-gone-bad or will we find meatier themes in which to sink our teeth?

"At its core, Anamnesis is a big mystery," explains co-writers and directors, Alex Calleros and Michael Tucker. "In many ways, it’s very much about the power of being lucid - of 'waking up' and seeing everything more clearly.

"We definitely explore the whole spectrum of emotions one can encounter in the dream world, from awe and wonder to terror and confusion. While the character Sean finds dreaming incredibly empowering, another character, Vera, is plagued by recurring night terrors."

How does Anamnesis tap into the reality of lucid dreaming so well? It turns out key members of the cast and crew are lucid dreamers themselves...

Lucidity Running In Its Blood

When your specialist subject is fictionalized, it's easy to spot obvious mistakes or gawp at daft dramatizations. But Anamnesis takes great care to portray lucid dreaming authentically.

With the British lucid dreaming author, Daniel Love, working as the show's consultant, the team had an experienced oneironaut working on their scripts. What's more, some of the cast are even experienced lucid dreamers themselves.

"Brad Wilcox, who plays the character Noah, had frequent lucid dreams for a period of his life," says Tucker. "He told us a story about being confronted with a fire in his dreams, and realizing he could simply shoot water out of his hands to put it out. Another time, when trying to get into a locked room, he suddenly perceived that it was all just a dream, and he could simply open the door."

And Brad wasn't the only one.

"Zach Brown, who plays Sean, spent a lot of time researching and practicing lucid dreaming. Zach had a few lucid dreaming experiences, one of which heavily featured Whoopi Goldberg as his dream guide. For a time he even wrote the letter 'A' on his palm every day as a reminder to ask himself am I awake?"

Meanwhile, both Tucker and Calleros experienced striking lucid dreams in the process of writing and directing Anamnesis. Their first-hand experiences influenced some of the sound design for a scene in which Sean has a Wake Induced Lucid Dream.

It's clear that all of this experiential research pays off. Lucid dreamers in the audience will appreciate subtle clues to the unraveling plot, such as this early scene set on a rugged beach location: 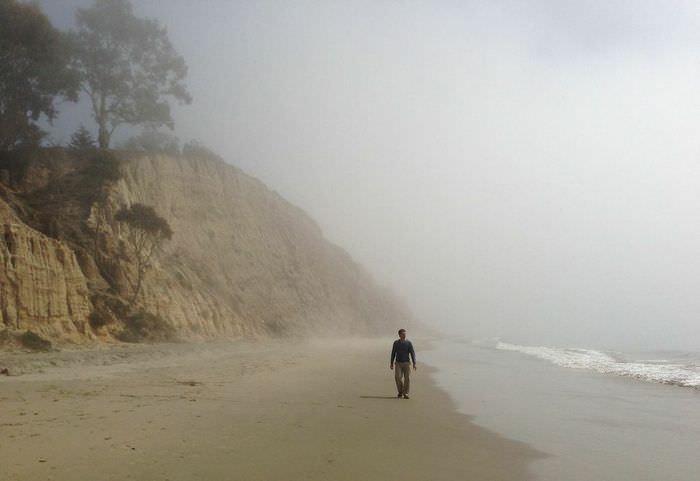 The scene involves a conversation between two characters, Sean and Noah. At first their interaction seems simplistic, until you realize it's entirely likely that both characters are assuming the other isn't real...

Be sure to check out the original inspiration for the show - a short film made in 2012 of the same name.

In the short film version the main character, Adam, finds himself in a childhood memory, and is guided by his girlfriend, Hannah, through other key moments in his life.

We find out at the end (*spoiler alert*) that Adam is in fact dying, and everything we just saw was essentially his life flashing before his eyes.

After seeing the original Anamnesis film, the team was approached by Film Skillet to produce a web series based on the short.

"At first we struggled to figure out how the short film could become a series," says Calleros, "after all, the main character dies at the end. But then we had an idea: what if Adam's girlfriend Hannah wasn't just a figment of his imagination? What if that was really her, sharing a lucid dream with her dying boyfriend?

That idea - that Hannah was able to interact with another person in the dreamworld - became the jumping off point for the series."

Join the Anamnesis Facebook page to be notified when the new Anamnesis is unleashed...