Can You Heal Yourself In a Lucid Dream?


Did you ever heal yourself or others using lucid dreaming? If so, how was it? - From Highlander

Ok... quite a bit to untangle here when it comes to dream healing <rolls sleeps up>

I believe there is genuine scope for psychological healing in the lucid dream space and am aware of some psychiatrists applying principles of lucid dreaming to patients with PTSD. It's an exciting proposition, especially when applied to recurring nightmares which provide the ultimate platform for therapy.

Like many lucid dreamers, I myself have used lucid dreams to overcome nightmares in which I was being hunted or chased - and not only escaped the fear but confronted my tormentors. If we assume these are caused by real life anxieties then we can assume that a type of lucid dream healing took place. 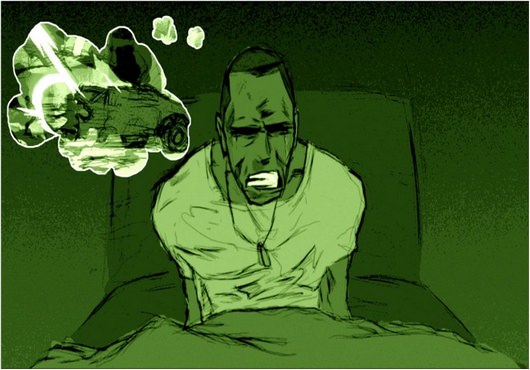 However physical healing is a different kettle of fish. Several years ago I heard about some informal lucid dream healing experiments. In the spirit of curiosity I attempted to heal myself in a lucid dream. Here's what happened when I tried to correct my chronic shortsightedness:

In my dream, I placed my palms over my eyes and visualized bright light and energy flowing into them. I imagined warmth flowing through my eyeballs and said something deliberate like: "my vision will be clear when I wake up." Despite two attempts at this healing process, I saw no improvement at all.

(Incidentally, in waking life, I did another experiment using daily eye exercises which enhanced my vision from a myopic 20/150 to a near decent 20/40, telling me that my condition was, at least partially, naturally reversible.)

There is of course an intriguing amount of anecdotal evidence from other lucid dreamers who claim to have physically self-healed while lucid. However due to the informal nature of their own investigations I must question these reports; it's quite possible their results were contaminated by other variables.

Perhaps the most famously cited examples of lucid dream healing come from the lucid dream researcher Ed Kellogg. On one occassion, in 1984, he become lucidly aware in a dream and sought to heal a severely infected tonsil. On waking, he reported that signs of infection -- and pain -- had decreased by about 95%. Another dream report involves him lucidly healing his injured toe, which immediately and significantly reduced the pain he felt afterwards. To add credence to his claims, Ed holds a doctorate in biochemistry and is said to take a scientific approach in his dream healing research. 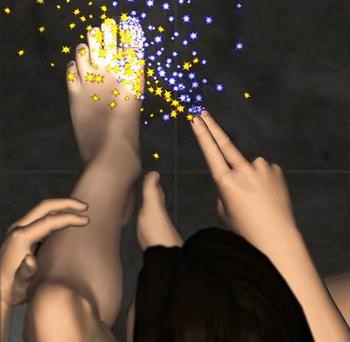 I have respect for Ed's dream research and would very much like to believe that he successfully healed himself using lucid visualizations. Just image what the reality of lucid dream healing would do for, say, remote or impoverished communities in the world without access to medical care. The implications are mind-boggling and hats off to anyone who can identify and exploit any such untapped mind-body connection. However, while reports like Ed's generate interesting fodder for the debate, they do not completely scientifically scrutinize the link between healing based dreams and physical rejuvenation.

For that, we need to devise scalable scientific trials. In my limited knowledge of this front, such a trial should at least involve:

In testing the theory of dream healing in a more rigorous scientific setting, we can rule out coincidences and bias, and source more trustworthy data.

Until then, in the interest of people's health (and that's the point - isn't it?) we have to treat lucid dream healing as purely speculative and handle it with caution. If we don't, there is considerable risk that vulnerable people will put faith in unproven therapies over modern medicine and suffer serious health consequences - and even death - as a result. Steve Jobs is one famous example.

Now for the final limb of the question. You asked if either of us had ever healed another person with lucid dreaming...

In self-healing, we can infer that any healing is an unconscious interaction between mind and body. Though as yet unproven, it does lie within the realm of conceivability because the mind and body are intricately connected. In fact, a limited amount of self-healing is already established by the placebo effect, where healing is initiated with a sugar pill. This can even work when the patient knows it's just a placebo. Weird.

However, for one person's mind to heal another person's body, it calls on a much different interaction. Now we are wandering into the realms of telepathy and psychic healing; spiritual views to which I personally don't subscribe. Unfortunately, there is no proposed basis for this to work, other than indistinct descriptions like "psychic energy" which we can't observe nor measure.

So at the risk of sounding anti-spiritual, I'm afraid this particular notion of dream healing is ignorant of known scientific principles, on which all technological and medical advancements are based today.