The Aurora headband by iWinks is the first of a new generation of lucid dreaming devices. The most exciting aspect? Its ability to detect exactly when you're in REM (dream) sleep. 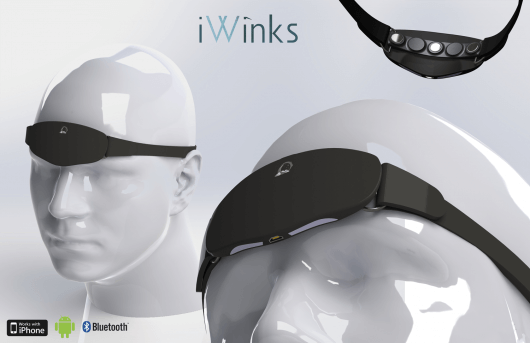 The Aurora headband by iWinks has overcome the greatest hurdle of lucidity induction devices since their inception in the mid 1990s.

So how is it possible for a consumer device to detect REM sleep?

Usually, "sleep staging" has to be done by professionals who analyze your brainwave data, identifying signals which demarcate different sleep states. With Aurora, that process is automated.

The upshot is, the Aurora knows when you're dreaming.

Think about that. For the first time ever, we can now detect the presence of dreams from the outside world - on autopilot (ie, without being wired up in a sleep lab with a scientist holding a clipboard watching over you).

Aren't there apps that do this?

Some smartphone apps attempt to track your sleep - but none of them use brainwave data. Instead they rely on the accelerometer in your phone to detect movement. This has its limitations and still relies on guesswork. Aurora possesses a new technology altogether, making REM detection way more accurate. 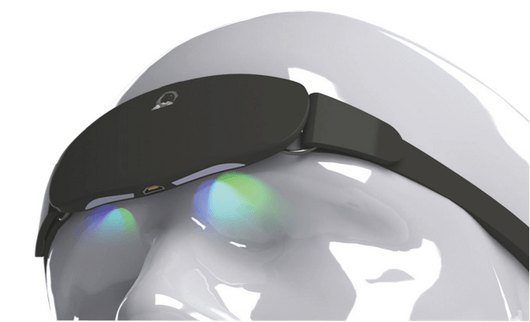 How The Aurora Creates Lucid Dreams

We all dream every night, for an average of 100 minutes, separated into chunks of increasing length throughout the night. But to catch a dream in progress - that's the tricky part.

This is the challenge of the lucid dreamer. And being able to achieve this with an intelligence device means we can trigger lucidity with a much higher success rate.

To induce lucidity, the Aurora first emits configurable dreams lights from the headband.

As you can see from the promo image, it achieves this without actually covering your eyes like traditional lucid dream masks.

To further increase your chances of becoming lucid, the Aurora also plays dream sounds from your smartphone by your bedside. These come from your music library or personal recordings ("Hey Becky! You're dreaming!") You already associate specific notification tones with your phone. Now you can associate specific dream tones too.

Between light and sound cues, you can decide how you're brought to lucidity. You can create more daring dream signs with fast, loud flashes for a shock-me-into-lucidity effect, or softer, subtler tones to subtly modulate your dreamscape.

Here's another way to use the Aurora headband: select an audio of ocean waves and shape your dreamscape into a tropical beach scene. Or curl up to a cozy fire with crackling wood sound effects and orange/red light hues.

The possibilities are pretty exciting.

If you have a smartphone, you can also take advantage of Aurora's intelligent alarm function. 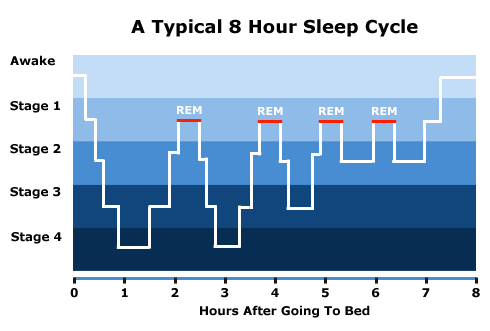 Ever heard the phrase "waking up on the wrong side of the bed"? This is when you've been forcibly roused during a deep phase of sleep. It's not natural - and it leaves you feeling groggy and that much more reluctant to get out of bed in the morning.

Enter the smart alarm. Using the Aurora app to specify your preferred wake-up window, the smart alarm will sound when you're in a lighter phase of sleep. Humans naturally wake from lighter stages of sleep so the alarm will feel much less intrusive, and you'll start your day feeling refreshed.

You can pre-order the Aurora for $299 via the iWinks website.