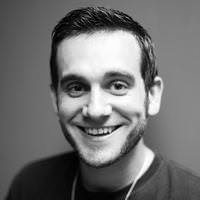 Charlie Morley is a self-taught lucid dreamer since the age of 17 and has been a practicing Buddhist for the past 10 years.

Now a lucid dreaming teacher within the context of Tibetan Buddhism, he brings together Western scientific and Tibetan Buddhist dream practices. His aim is to bring mindful awareness into all stages of dream, sleep and waking life.

Charlie is the co-creator of a holistic approach to lucid dreaming and conscious sleeping called Mindfulness of Dream & Sleep. He has run lucid dreaming workshops and retreats around the UK, Europe, Africa and America, and lectured at universities. Charlie also gave the first ever TED talk on lucid dreaming at the San Diego TEDx conference.

UPDATE 12th March 2020: The below podcast between Charlie Morley and Chris Hammond was just recorded. You can listen to the full, extended interview at World of Lucid Dreaming Academy.

The original written interview from 2012 between Charlie and Rebecca Turner follows underneath.

Remember: You can get an exclusive discount on Charlie's Lucid Dreaming Course by clicking this link and using Coupon Code "WOLD50" to get 50% off!

What kind of lucid dreaming practice do you teach and why is it beneficial?

Charlie Morley: I teach a holistic approach to lucid dreaming called Mindfulness of Dream & Sleep which was developed by the well know mindfulness meditation teacher Rob Nairn and myself. In this approach we use a combination of lucid dreaming and conscious sleeping techniques from both the Western psychological and Tibetan Buddhist schools, all set within a framework of daytime mindfulness and awareness training. By combining Western and Eastern techniques we can take the ancient power of the Tibetan Buddhist approach to dream work and make it accessible to Western practitioners without any homogenisation of the two traditions.

The techniques that I teach are hopefully a way to fill the gap left between the often superficial scope of Western lucid dreaming practices and the often inaccessible Tibetan Dream Yoga practices. Mindfulness of Dream and Sleep is for people who want to go beyond lucid dreaming into something so much deeper. We sleep for about 30 years but we only dream for 6 of them, so although lucid dreaming is a deeply beneficial skill to learn it is limited in its use. Mindfulness of Dream and Sleep aims to move beyond these limits by offering practices which allow for our capacity for mindful awareness to be trained during all stages of sleep and waking with the aims of becoming lucid in our daytime lives as well as in our dreams.

Do you believe it is possible to share a lucid dream with someone else or meet up with them consciously in the dream?

Charlie Morley: It is possible but quite rare. Most accounts I have heard go something like this: two people aim to have a lucid dream on the same night and then aim to meet up within their lucid dreams. They both succeed in becoming lucid and they both meet up with a projection of their friend and believe that because they have interacted with that projection that they have had a shared lucid dream.

However, unless they have exchanged some sort of password which can then be verified by a third party (perhaps to whom they e-mail their dream reports) we cannot say that this is verified proof. In many cases they may simply have been dealing with their own self-created projection of their friend, rather than the actual projected consciousness of their friend as in a true shared lucid dream.

Anyway, all this is not to say that it isn't possible to project an aspect of your own consciousness from the lucid dream state into another person's lucid dream. It is definitely possible, we just need to check and verify the facts before we draw conclusions because this kind of stuff can easily become just another spiritual ego trip.

As both out-of-body experiences and lucid dreams can be induced through sleep and both seem very real, what is the difference between the two and how can you tell if you are dreaming or out of body?

Charlie Morley: If we have only experienced a handful of each then OBEs and lucid dreams can often seem confusingly similar but once you have enough of both of them you will be able to distinguish them most of the time.

Scientifically they can be distinguished quite easily because lucid dreams and OBEs are distinct phenomena with distinct physiological correlates. The problem is that as you're having an OBE you are unlikely to be aware that because you are not displaying the brain activation of REM sleep you cannot be having a lucid dream, so we depend on our subjective experience, which at the time can appear almost indistinguishable to a lucid dream.

Conversely, but much more commonly, as people are experiencing their first dozen or so lucid dreams, they lack a reference point for the unbelievable realism of the lucid dream state so they start to jump to conclusions, believing that their experiences are "far too real to be any type of dream!" And so they decide that they are having OBEs rather than lucid dreams. So many experiences which are labelled as OBEs are often actually misinterpreted lucid dreams, but once you start to have full on OBEs you'll be hard pressed to mistake the two. And once people have experienced an OBE from the waking state, rather than from sleep onset, they will definitely be no confusion between the two.

Within Tibetan Buddhism, although the terminology is slightly different, there is a distinction drawn between dream yoga training "in your head" (lucid dreaming) and the practice of going "out of your head" (OBEs) although usually both are referred to collectively as dream yoga.

If you decided to leave the dream in a lucid dream, where would or could you go?

As lucid dreaming deals directly with the unconscious or subtle mind can it be used as a form of personal psychotherapy?

Charlie Morley: Absolutely. As I said in my TED talk "thousands of people are paying thousands of therapists thousands of dollars every week to do what you can do in your sleep." Just recently I was teaching in Cape Town and I was saying how the deep level of Shadow Integration (one of the direct therapeutic applications of lucid dreaming) which can be reached in a single lucid dream, might take up to 6 months of regular therapy in the waking state. Suddenly a therapist from the audience raised his hand and said "That's incorrect."

I thought to myself "Well Charlie, that's what you get for making sweeping statements in public!" and then just as I got myself ready to be chastised, he continued: "It would actually take more like 6 years of therapy. It appears that lucid dreaming is a much more direct route."

I believe that lucid dreaming as a therapeutic tool has massive potential and I also believe that there will come a time when we will have lucid dream therapists whose job will be to advise patients on how they can work with their own psychology directly through their lucid dreams.

Why did you decide to take part in the Gateways Of The Mind conference in London?

I can't wait, and the speaker line up is massive! It's going to be so much fun! I am so grateful to be talking at the event and it will be an honour to be introducing all the other speakers too. 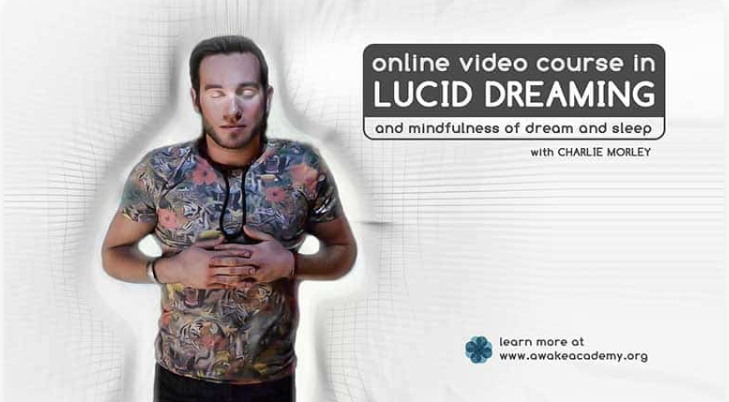