Dream Water - Be careful what's in the water 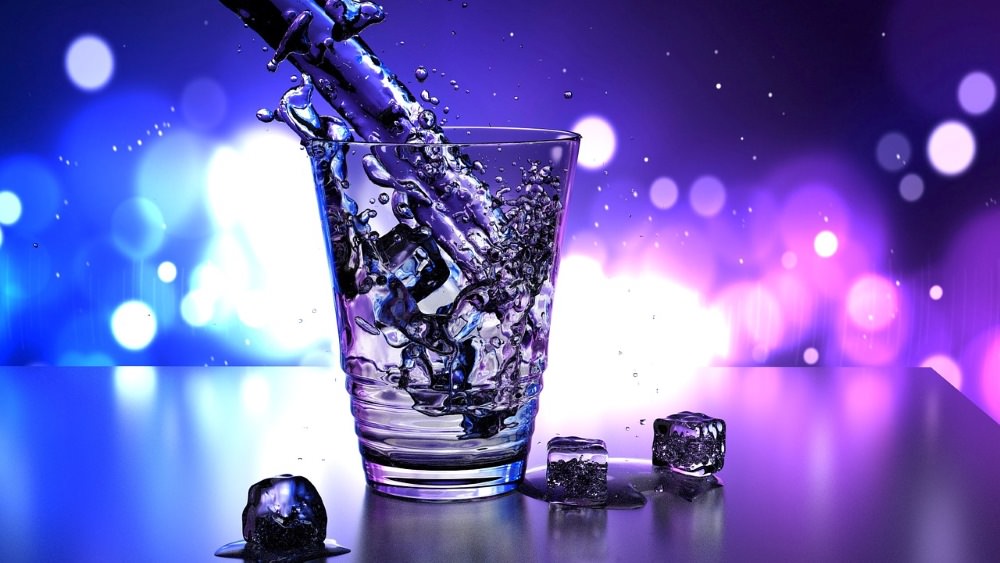 I’m inherently mistrusting of anything that calls itself ‘dream water’.

Something about it just doesn’t bode well.

But, I’m going to put my suspicions aside, be objective and give the product a fair trial.

First off, this isn’t ‘water’ at all.

Water conjures up the image of flowing liquid – falling effortlessly and thirst-quenchingly down my throat. As if one could freely drink it – as carelessly and thoughtlessly as one drinks water itself.

Dream Water is a supplement.

Most common supplements are mixed with a little ‘filler’ (rice isolate for example) and stuffed into a little gelatine capsule.

The ‘filler’ - in the case of this product - is water.

An ingenious marketing ploy, but don’t let the fact that the filler happens to be the stuff that comprises 60% of your bodyweight fool you into thinking you can just knock this stuff back 'like water'. Or even like beer.

It’s a potent supplement and needs to be treated accordingly.

Drinkable supplements have of course been all the rage over the last couple of years. Think of this product as essentially an ‘anti redbull’. Can you visualize isle upon isle of brightly coloured, shiny energy drink tins in the supermarket shelves? Well Dream Water and its cousins - such as ‘slow cow’ - are part of a growing army of ‘relaxation drinks’. The logical opposite of ‘energy drinks’.

So, what are the ingredients?

Let’s have a look at what’s actually inside Dream Water.

GABA is a neurotransmitter. This means it is one of the natural substances in your brain that whizz around at the speed of sound allowing your brain to work in the wonderful way that it does.

Research has been going on since around 1950 and isn’t particularly abundant.

So what the hell happens when you start munching away on ‘neurotransmitters’? Brain chemicals certainly weren’t part of my Sunday lunch growing up.

The short answer is: we don’t really know. I quote from this 2015 study that summaries GABA research to date:

The food supplement version of GABA is widely available online. Although many consumers claim that they experience benefits from the use of these products, it is unclear whether these supplements confer benefits beyond a placebo effect. Currently, the mechanism of action behind these products is unknown. It has long been thought that GABA is unable to cross the blood–brain barrier (BBB), but the studies that have assessed this issue are often contradictory and range widely in their employed methods. Accordingly, future research needs to establish the effects of oral GABA administration on GABA levels in the human brain, for example using magnetic resonance spectroscopy. There is some evidence in favour of a calming effect of GABA food supplements, but most of this evidence was reported by researchers with a potential conflict of interest. We suggest that any veridical effects of GABA food supplements on brain and cognition might be exerted through BBB passage or, more indirectly, via an effect on the enteric nervous system. We conclude that the mechanism of action of GABA food supplements is far from clear, and that further work is needed to establish the behavioural effects of GABA.

Melatonin, on the other hand is a hormone. It’s yet another small part of the wonderfully intricate and infinitely complex machine that is your body. It’s a chemical that is secreted by your pineal gland (possibly the most important part of the brain - the size of a grain of rice and embedded directly in the brain’s centre).

The role of melatonin is related to sleep and the regulation of your body’s natural cycles of night and day. It signals the onset of night to your brain. Darkness brings it on.

Therefore, when we have a good chow down on some melatonin pills brewed up by your friendly neighbourhood supplement manufacturer, you are essentially telling your brain its “night time on steroids”.

Before you start messing with your body’s hormonal balance, you need to be doing some hard thinking. I’m not saying you shouldn’t take hormonal supplements, but you need to give careful consideration as to what dose to take, how regularly - and what risk it carries.

Now whilst some users have found melatonin to be really relaxing and therapeutic, there is also a dark side. Taking too much can bring on headaches, nausea and next day tiredness.

Not exactly surprising, when you consider how potent this stuff is.

5-HTP is a precursor to serotonin. This simply means that it’s one more of the many wonderful things that your body naturally brews up when going about the job of producing serotonin.

And serotonin is yet another neurotransmitter (yes, wonderful whizzy things that operate under your bonnet). It has a strong association with mood, sleep and hunger - that scientists don’t yet fully understand.

So, simply put, when you munch some 5-HTP, you give your body more ‘ammunition’ to produce more serotonin and therefore elevate your mood.

5-HTP has been commercialised since 1995 as an anti-depressant and sleep aid, yet research on its long term effects is lacking. I suggest checking out this systematic review to educate yourself.

5-HTP can also interact very badly with several medications such as anti-depressants and Alzheimer’s medication. This is a serious drug. Do your research and consult with your doctor before you take this stuff - especially if you're on other meds!

This was the whole reason I found out about dream water in the first place.

Somebody asked me whether dream water could help you lucid dream. Let’s consider the question and what we know about the oneironautic qualities of the elements it contains.

So, what then, of the cocktail of all 3 combined together?

I don’t have a straight answer for you I’m afraid. It’s certainly feasible the ‘dream water’ could help facilitate a lucid dream - as long as you’re doing all the usual lucid techniques as well.

Rather than give an answer, I’ll ask a question.

Have you used Dream Water to successfully experience lucid dreams?

Now I’ll start this with a caveat of my own.

I haven’t personally tried Dream Water. I can’t comment on whether or not it works for me. But what I can do is point you at reviews from other customers to see what they had to say.

Amazon is a great source of information for most products, Dream Water included.

You can see there were a few people who weren’t too impressed with it!

Some of the reviews are downright hilarious!

I strongly suggest you check them out – if just for a laugh.

However, to be fair, the average review seems to be somewhere around 3.5 - 4 stars. Not too bad.

Now look, I’m not suggesting you shouldn’t buy dream water. In fact, some users have actually reported peaceful sleep and even lucid dreams using the stuff! 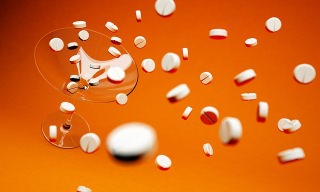 So what do we actually have with dream water?

My conclusion is that we have a cocktail of three very powerful and not yet fully understood chemicals.

Whilst they are all said to be ‘naturally occurring’ this is somewhat of a misnomer - given they are all synthesised in a lab and sold in a supermarket.

The big concern with Dream Water is that they don’t disclose the amount of each chemical in the product. You are advised merely that it is a ‘proprietary blend’!

To be honest, this doesn’t sit well with me. Especially given everything I’ve stated above about the potent ingredients it contains.

People need to be able to do their own research and feel comfortable about what they are putting into their bodies. When we don’t know the exact quantities of each element, we’re unable to judge the associated risk.

And what is the risk of taking this hormone / neurotransmitter cocktail?

The document looks impressive, since it references 59 studies. However, when you dig deeper, it’s simply a list of studies conducted on the chemicals individually. There is not one single study on the combination of GABA, Melatonin and 5-HTP together and the interactions between them.

Given these neurotransmitters and hormones are essential to the functioning of the human body, I'd say that's a pretty big deal

Could it possibly be said that these powerful substances have simply been tossed together, dropped into a bottle of mineral water and glibly pumped out into the mass marketing machine that feeds corporate America?

On the other hand, anecdotal evidence from the reviews, suggest many people are finding it beneficial.

To be honest, if you really can’t sleep and are at the verge of taking prescription drugs, there are probably much worse options than experimenting with Dream Water.

But could there also be better?

If you want to give this potent cocktail a try once or twice for the potential impact it might have on your dreams, I believe it's unlikely to do you any harm (unless you’re pregnant or taking other medications).

If you have a serious sleep issue and just want some shut eye?

Cut down your stress. Do more exercise. Drink more water. Meditate for ten minutes a day.

And simply have a soothing cup of chamomile tea.

There’s no neurotransmitters in that, sir.