Home >
The Human Mind
> How Consciousness is Created in The Brain

How Consciousness is Created in The Brain 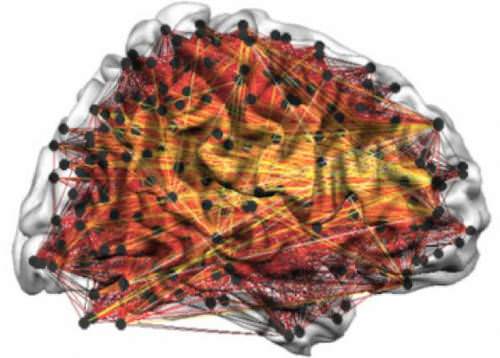 Scientists and philosophers have long scratched their heads over the origins of consciousness.

Biological theories fall into two camps: focal (those who believe awareness is seated in specific parts of the brain) and global (those who imagine it arising from a large scale network of neural activity). This is to say nothing of metaphysical theories of consciousness which hail the existence of a soul.

In March 2015, however, research out of Vanderbilt University strongly supported a global theory. That sense of "you" as a conscious human being doesn't stem from any particular part of your brain; neither is it likely to be ethereal. Instead, it arises from multiple locations, across a neural network.

"We take for granted how unified our experience of the world is. We don't experience separate visual and auditory worlds, it's all integrated into a single conscious experience," explained researcher Douglass Godwin.

"This widespread cross-network communication makes sense as a mechanism by which consciousness gets integrated into that singular world."

In a number of experiments involving 24 volunteers, scientists examined their neural networks under the scrutiny of a fMRI machine. They analyzed the results using a branch of maths called graph theory, which is concerned with explaining the interactive links between members of a complex network, such as social networks or flight routes.

With graph theory, the researchers aimed to characterize how connections between the various parts of the brain were related to awareness.

During the scans, the participants were asked to look for a disc which appeared momentarily on the screen. Those who confidently identified the disc were labeled "aware" while those who didn't were "unaware".

On measuring the blood oxygenation in their brains, the researchers could see how reported awareness created a broad increase in functional connectivity. In other words, they could watch different parts of the brain "talking" to each other about their awareness.

In the image above, the black dots correspond to the 264 areas of the cerebral cortex that the researchers probed, and the lines correspond to the increased strength of the functional connections between each of these brain areas when subjects consciously perceive the target. The hotter colors are associated with stronger connections.

"We know there are numerous brain networks that control distinct cognitive functions such as attention, language and control, with each node of a network densely interconnected with other nodes of the same network, but not with other networks," said lead researcher Réne Marois. "Consciousness appears to break down the modularity of these networks."

The research suggests that consciousness is likely a product of this widespread communication, and that we can only report things that we have seen once they are being represented in the brain in this manner. No one part of the brain is truly the "seat of the soul," as René Descartes once suggested.

Instead, consciousness may be an emergent property of how information is propagated throughout the brain.

"Identifying the fingerprints of consciousness in humans would be a significant advancement for basic and medical research, let alone its philosophical implications on the underpinnings of the human experience," added Marois.

"Many of the cognitive deficits observed in various neurological diseases may ultimately stem from changes in how information is communicated throughout the brain."

Read the full study entitled Breakdown of the brain's functional network modularity with awareness by Douglass Godwin, Robert L Barry and Réne Marois at the Proceedings of the National Academy of Sciences website.