How I Rediscovered an Ancient School of Lucid Dreaming 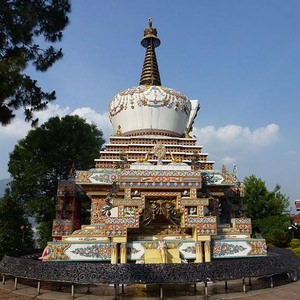 In 2004, I visited Kopan Buddhist Monastery in Nepal. At that time, I was a student who liked to party and go wild. Even with my life-long passion for life's hidden mysteries, I found the experience to be quite a culture shock!

As a Westerner who wished to learn Tibetan Buddhist meditation at Kopan, I participated in a 10-day retreat. During this retreat, I received the most meaningful teachings, but I also had to adhere to monastic rules, and live like a monk for the time being. That meant waking up with the birds, keep silence (no talking at all until the afternoon when the discussion sessions begin), no sex, no make-up and no alcohol.

All this seemed near-impossible to me in those days, but I obeyed the rules and I'm so glad I did. Never before did I learn so much about being human and the ultimate nature of reality.

As it turned out, proper Buddhist monks and nuns take their practice even further. They do not start meditating when they rise at 5am. They have been meditating all night long, practicing mindfulness during their sleep.

The vehicle they use for their night-time practice is carefully trained, consciously invoked lucid dreaming. The idea behind their practice is mainly that sleeping, dreaming and dying are related phenomena. Those, who learn to stay lucid during sleeping and dreaming, can stay aware after death occurs to the physically body, and for instance redirect their thoughts towards positive rebirth. 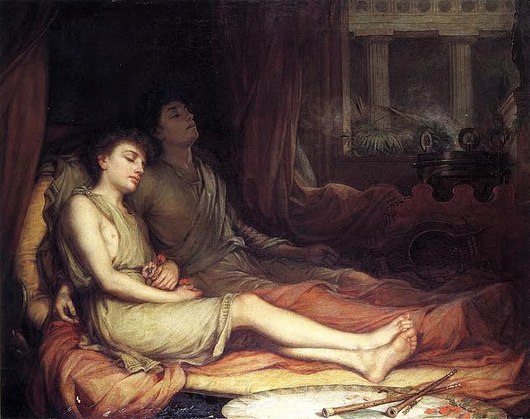 Sleep and His Half-Brother Death by John William Waterhouse, 1874

The idea fascinated me. I couldn't help wondering whether someone could learn their techniques, even if one did not have decades (or multiple life-times) worth of experience in meditation.

I got hold of some of the ancient Tibetan texts which were available in English. I read through everything I could, most notably through Tsongkhapa's Six Yogas of Naropa. Much of what I read, I could not understand at the time, but I kept on reading and thinking. It seemed there were three key points to induce lucid dreaming:

While I could rationalise the first two, the third one made no sense whatsoever to me at the time. Nevertheless, I decided to go with it. Every night before I fell asleep, I visualised the letter A at my throat. Things soon became rather interesting...

One night in my dream, a wise old man came to me. He looked like an ancient Chinese philosopher and said:

Upon awakening, I felt joy to have received such wise teaching in a dream. I went over to my childhood friend's house, with whom we always spoke about such things. We sat on the unmade bed in her upstairs room, where the only light source was a wonderfully illuminated aquarium.

My friend loves animals: her Doberman sat with us on the bed and I petted his short fur while telling her about my dream.

"Yes, the old man's right," my friend concluded. "As far as we know, we could be in a dream right now."

I nodded. We could be in a dream right now! Albeit we knew, we weren't: our bodies and our senses worked like normal. I was touching the dog with my own hands and looking at the fish with my own eyes. It all passed our reality check and I concluded, this was proper, everyday physical reality.

After that, I woke up!

Researchers of lucid dreaming call this phenomenon a false awakening. But no word or phrase can ever signify the profound impact my very own experience had on me! My mind recreated the environment of my friend's house so perfectly that there was no difference between that and what we call physical reality.

The truth is, if you ever had an experience like that, you can never again look at reality the way you have before. The theory of reality as a single, objective "world out there" no longer suffices. Suddenly, the assumption that consciousness creates reality seems to be more plausible than assuming the world is based on matter.

And I had no idea that this was only the beginning. Many more, profound experiences followed, which all made me think: there is hardly an experience in the human realm as exciting as exploring how our consciousness can indeed create our reality. 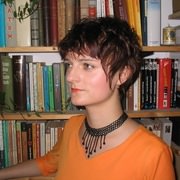 Viktória G Duda is a hypnotherapist, trainer and author, based near London, UK. She holds a PhD in social anthropology and first became aware of how human beings induce altered states of consciousness, out-of-body experiences and lucid dreams through the practices of indigenous people.

Viktória has been inducing lucid dreams and out-of-body states for more than a decade, as well as helping others to make sense of their own mystical experiences. Visit her website at www.viktoriaduda.com.