Home >
Lucid Dream Science
> How to Play Back Your Dreams

How to Play Back Your Dreams

Some incredible new research is paving the way to literally record and play back your dreams - and lucid dreams - just like movies.

Though the technology is in its infancy, the concept has already been proven by similar fMRI studies. Now, scientists at the ATR Computational Neuroscience Laboratories in Kyoto have applied this system to dreamers' brains, marking the first step on the way to recording and replaying our dreams. 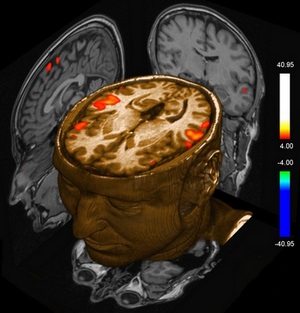 The Japanese study published in the the journal Science, called Neural Decoding of Visual Imagery During Sleep, reveals how scientists used a Functional Magnetic Resonance Imaging (fMRI) machine to scan the brains of three volunteers as they started to enter the dreamstate.

"We focused on dream experience which can be detected just a few minutes after the sleep onset," explained researcher Yukiyasu Kamitani.

The researchers then woke the volunteers more than 200 times to ask them what they were dreaming about. As annoying as that may sound, their dream descriptions meant that specific dream imagery could be linked with specific patterns of brain activity.

That's because dream stimulus - just like waking stimulus - creates certain patterns of blood flow in specific areas of the brain. And it's highly consistent. So, if you raise your right arm in your dream, the same parts of the brain activate as when you raise your right arm while awake. This happens across a range of stimuli, whether you're listening to classical music or recalling a nasty smell.

The following video is a demonstration of this emerging technology. The images are a computer's interpretation of what the volunteer was dreaming about.

Now, here's the dreamer's description of what was really happening:

"What I was just looking at was some kind of characters. There was something like a writing paper for composing an essay, and I was looking at the characters from the essay or whatever it was..."

"In this field of dream decoding no-one has managed to successfully do this before," commented neuroscientist Jack Gallant. "If you could build the perfect dream decoder it would create a movie on your television screen and it would just replay your dreams."

While it may be a few more years until we can all play back our dreams in that fashion, the latest study is a landmark event that could one day see us directing blockbusters from our beds...

These days, fMRI research is all the rage when it comes to understanding the brain. A similar study last year led to this extraordinary reconstruction of visual imagery.

Scientists at UC Berkeley built up an extensive library of YouTube clips and trained their software to translate brain scan data into movies. The major difference was they were comparing fMRI scans with volunteers watching Hollywood movies (as opposed to dreaming). While they're both pursuing similar goals, the latest Japanese research is the first attempt to use fMRI to actually record and play back our dreams.