Home >
Dream Control
> How To Reframe Your Lucid Dreams

How To Reframe Your Lucid Dreams 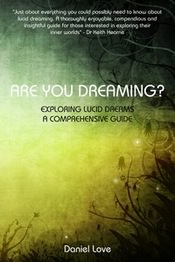 This article is an excerpt from the book Are You Dreaming? Exploring Lucid Dreams: A Comprehensive Guide by Daniel Love.

Reframing is one of the most potent mind hack techniques for dream control.

Essentially, what you are aiming to do is to alter your view of the dream away from the default assumption that it is operating within the same, or similar, rules as the waking world (whilst we all understand, on an intellectual level, that the rules of dreams really need have no relation to the waking world, it is such a profoundly ingrained habit, being our default assumption that 'all realities are the same', that finding ways around this is a useful place to start).

How we go about this will vary greatly depending on the interests and beliefs of the individual. Those of you who are science fiction, fantasy, or computer gaming fans have somewhat of a head start to others in this regards. It's not the easiest process to explain, so perhaps the best place to start is with an example.

As a teenager, I was a big fan of the TV series Star Trek: The Next Generation which, other than developing in me a fondness for Earl Grey tea, also had a positive side effect on my lucid dream control.

Those of you who are familiar with the series will be well aware that, in this particular science fiction show, the Starship Enterprise, which was the primary setting for the show, had what was called a 'holodeck'. For those of you who are unaware of what this is, let me explain.

The holodeck was a room on board the Starship in which crewmembers would be able to create realistic virtual representations of any environment, people, or period in time that they wished. So convincing were these virtual realities, that entire episodes of the show were often set occurring purely on board the holodeck. In short, it was a plot device for exploring the concept of 'what is real?' It was also probably intended to give the writers a little more freedom with settings. 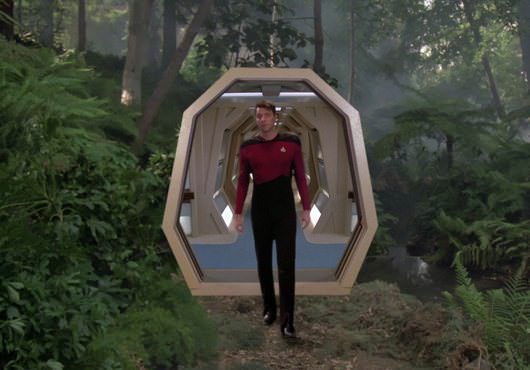 Anyway, as you may have already guessed, a holodeck experience was essentially a fictional computerised version of a lucid dream. In the show, the users of the holodeck were able to manipulate the environment in any way by simply speaking commands to the ship's computer.

For example, when walking down a virtual street the user could say 'Computer, pause', in which case the scenery and all its characters would freeze. Or, should they wish, they could say 'Computer, generate Sherlock Holmes' drawing room, complete with butler' and suddenly the scene around them would change to their request.

Of course, as a teenage boy with an interest in lucid dreaming, at the time this was absolutely tantalising stuff. It occurred to me that lucid dreaming, being a natural version of the holodeck, should offer the same level of control. So, I set myself the goal to treat my next lucid dream as if it were taking place in a holodeck.

Now, it may be that our subconscious minds are less picky between reality and fiction than we are aware, and that even experiences seen in a fictional TV show may go some way to convincing our minds that such events are possible. Whatever the case, during my next lucid dream I dutifully made commands such as 'Computer, freeze programme' and, indeed, the scenery around me froze.

Next, I tried 'Computer, generate a beach scene' and yes, just like in the TV show (with the same visual transitions also) the scene changed.

What I had done was reframed the lucid dream and convinced my mind that I was experiencing a holodeck, rather than its usual assumption of a waking reality clone. I'd developed in my mind the ability to control the lucid dream in profound and extreme ways with just a voice command.

Of course, without knowing it, I'd always had the potential for this level of dream control, I just needed a way to convince my mind that it was possible. I had managed to do by this by unwittingly rewriting my own inner expectations.

(For the record, up until this discovery my level of lucid dream control had been relatively high, but I'd regularly come up against situations where I would find it hard to convince my mind that what I was attempting were possible. As such, I'd be frustrated when this inner doubt influenced the outcome, when essentially the expectation of failure won out.)

Other Ways to Reframe

As you can hopefully gather from this example, you do not have to be a Star Trek fan to achieve the same outcome. Whatever fiction you find yourself drawn to, be it film, TV, gaming, or reading, look out for technologies, belief systems or magical abilities within them that you could potentially use in your own lucid dreams.

All you are trying to do here is to give your brain an excuse for why your attempted dream control and manipulations will work. The holodeck was perfect, as it was such a close match to the lucid dreaming experience, and the ability to simply verbalise commands made it so much more practical.

However, the power behind all of this was that, as a teenager, I genuinely bought into the reality of the show; it almost felt as if these characters and their world were real. It was that belief that was the force behind the technique.

There are, of course, alternatives to fiction for building a reframing technique around. Throughout our lives we use technologies, software, etc., that allow us to quickly and consistently alter various media.

For example, those of you who regularly use video or digital photo editing software will already have a mental framework in which certain commands perform certain tasks. These can be used to reframe your approach to the dreamworld. All you have to do, in this case, is to attempt to use variations on the control framework you are already familiar with, only in the dream world itself; but again, do so in such a way that you can find the idea plausible. 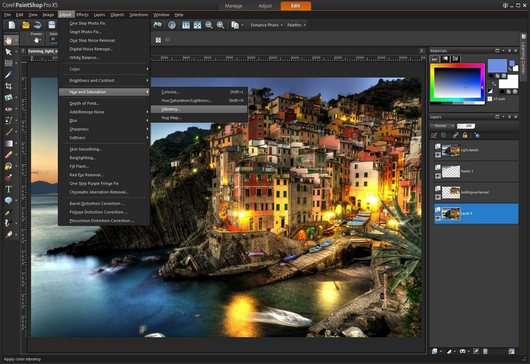 A very simple example of this would be to imagine the dream you are experiencing to be a video recording on a very realistic projector. Simply believe that you can fast forward, rewind, pause the 'video' of the dream, just as you can during your experience with waking world video editing software (or even a DVD player). If you believe it will work, then it shall. The trick is simply to find whatever framework is most convincing to your own mind.

In the simplest terms, reframing is viewing the dream world within a new mental framework, one in which your attempts at control are more believable, where they make more sense to you. There is a good deal of room to experiment here, and what works for each individual can be very different.

As you progress and become successful with reframing, you will eventually find that you no longer require the process. Your belief in the malleability of the dream world will have been proven on enough occasions that you will have instilled in yourself a deeper understanding of the nature of dreams, and a belief in your control of them.

This article is an excerpt from the book Are You Dreaming? Exploring Lucid Dreams: A Comprehensive Guide by Daniel Love.

In this modern guide to lucid dreaming, expert lucid dreamer and oneirologist, Daniel Love, brings the subject of conscious dreaming fully up to date, including the latest discoveries, research, techniques and much more. It is an ideal guide to help you unlock the hidden potential of your dreams, catering for both beginners and advanced lucid dreamers alike. A no-nonsense approach to the enthralling phenomenon of lucid dreaming, it is simply one of the most thorough, accessible and in-depth contemporary guides available.