The creator of Inception, Chris Nolan, had long wanted to make this movie based on his own experiences of lucid dreams. He knew what he was talking about. And yet, there are a number of lucid dreaming myths in this movie.

Perhaps this was why Nolan chose never to use the term "lucid dreaming" in his film whatsoever. In doing so, he allowed himself the flexibility to create his own dream mythology, centered around the act of consciously entering other people's dreams and stealing and planting secrets.

Nonetheless, the central theme of being able to consciously create and navigate the dream world is impossible to ignore. This is lucid dreaming in its essence.

Even non-lucid dreamers made the association: Google searches for "lucid dreaming" shot through the roof in the months surrounding Inception's release.

So where does Inception's mythology deviate from the truth of lucid dreaming?

To draw the line between fact and fiction, I wanted to highlight the three biggest myths and contrast them with the reality of lucid dreaming. 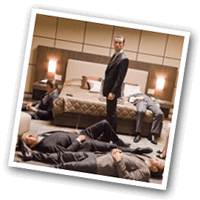 In the movie, we are taught that death in a dream sends the mind racing back to reality in an instant. It's the definitive way to wake up - or is it?

I've had many lucid dreams where I've experienced physical death and yet continued to exist in other forms in the dream... on alien planets... in the afterlife... and in new dream plots.

In dreams, death is not the end. It almost always leads to a new beginning. Sure - you can wake up from surprise when you die in a dream, but the two are not fundamentally linked so don't go around trying to kill yourself to wake up. Indeed, this was Mal's problem - except she killed herself when she had already returned to reality (or was it just another dream world that we all inhabited for the entire course of the movie?)

If you really want to wake yourself up from a lucid dream (or even a moment of consciousness during a nightmare) just blink hard and shout "WAKE UP" while thinking about your body in bed.

Inception Myth #2 - You can share your dreams with other people.

To initiate a shared dream, Cobb and his fellow dreamers hooked themselves up to the fictional PASIV (Portable Automated Somnacin IntraVenous) device. Several IV lines allowed multiple dreamers to network their dream states, with the target individual acting as the hub.

Of course, nothing like this exists in the real world, and the movie gives no details on its operation. But are shared dreams without a device possible? Do we naturally possess the telepathic ability for mutual dreaming?

While there are many people who claim this is so, science is yet to observe any objective evidence that supports mutual dreaming.

However, the likely non-existence of dream telepathy doesn't mean you can't have meaningful interactions in your lucid dream world.

In lucid dreams, you can summon dream characters who act completely independently of your conscious self. You can talk to them and explore their perspectives and agenda, learning more about your unconscious beliefs as you go. Or they can form part of your dream adventure.

So while we can't literally share our dreams with people from the waking world (yet), the lucid dream world still contains a thriving population of fascinating personifications.

Inception Myth #3 - There's such a place as dream limbo. 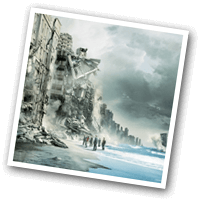 Inception is wrapped around the great sweeping concept of limbo.

For characters who died in a Level 2 dream or above (a dream-within-a-dream... or beyond) they failed to find their way back to reality. Instead, they became lost in the depths of unconscious dream limbo.

The concept of such a place is fascinating, like a painting that Dali might portray in reference to the Freudian unconscious.

In the movie, we recall how Cobb and Mal lost touch with their conscious selves and spent years roaming around an abstract dream realm. Like a regular dream, in which you don't become lucid, they accepted their empty limbo as reality... never realizing that they could simply wake up.

Cobb spent 70 years in limbo that time, and throughout the course of the movie, he risks spending another lifetime lost in a pallid dream world.

Did Chris Nolan create such a place based on real life experience?

It's highly doubtful. He likely played on the notion of distorted dream-time, which sometimes appears to play out at a different rate to waking reality. But in any case, I have never heard of anyone perceiving a lucid dream to last for years while it happened. Often this is an illusion, and nothing like how we would imagine a 70-year dream to feel.

This myth also stems from the dream-within-a-dream device, where Cobb and friends had to pass through multiple dream levels for their elaborate con. While you can experience dreams-within-dreams in real life, the notion is conceptual, not literal. They are simply dreams-in-sequence.