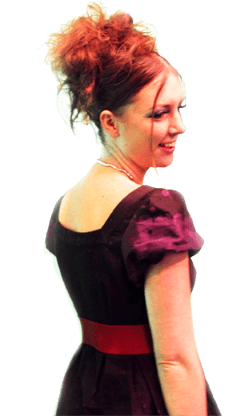 So today we are sitting down with the infamous Esther Bertram - singer, song-writer, artist and now 'visionary fiction' author.

Esther - or E.E. Bertram - as she whimsically perfers to be known, has a whole host of creative achievements to her name.

And she's now adding to the list with the final release of her long awaited book November Fox.

This was initially funded via Kickstarter back in 2014, to a massively popular initial reception.

There isn't enough lucid dreaming fiction out there, in my opinion.

So it's refreshing to see a new author hitting the scene with a fresh perspective on a subject that is so innately intimate to all of us.

November Fox goes on sale today at a reduced price of $3.99 a copy. Bargain!

OK, first of all congrats on the new book. Could you explain the basic premise of the book and elaborate on the concept of 'lucitopia' ?

The basic premise is November Fox, orphan rockstar, finds a teleporting cube on her doorstep one morning.

She is catapulted through various dimensions and levels of consciousness, trying to work out the cube. There are multiple layers. November’s dynamic quest is observed on screens in Lucitopia, by The Architect, the philosophical narrator of the story. He is from an other-worldly race of beings who create our world of form. The Architect’s story washes ashore Brighton Beach, wrapped up inside a ruby bottle, and is found by Erica, a grieving London writer and teacher.

There are many levels and eclipsing realities as dreams and reality collide.

I have also used Augmented Reality to enhance the readers’ experience, so all of the 39 illustrations can be scanned in with your device with the Layar app and you can play with interactive 3D elements that link to videos, music and other surprises.

This element also serves to aptly deepen the story to represent the layered nature of human consciousness.

My experience of reality through lucid dreaming and simply the mind-bending concept of existence itself, needed to be reflected through the art form, so I wanted to find a way to be multisensory and multi-angled, as life is. As my beloved Picard from the starship Enterprise says, To boldly go where no one has gone before.

What was it that drew you to write a fiction book incorporating the theme of lucid dreaming?

I’ve been lucid dreaming since I was a child and back in 2010, when I first set out to write the book, I was advised to, write what I know.

I find consciousness the most fascinating subject and my self-experimentation with reality and altered perceptions was hugely inspiring and influential in initiating the process to write.

One of the most useful outcomes of learning to walk the bridge between worlds is having the ability to implement the learning into my waking life.

I wrote this book to share what I have learnt to hopefully inspire others, especially next gen readers, to also start working with the power of their dreams to help them consciously create their desired realities.

I read “The Art of Dreaming” by Carlos Castaneda, around 17 years ago while I was doing an intensive year-long self-experiment with lucid dreaming.

Though it isn’t really fiction, and I can’t actually remember much of the book, yet I’m sure it is somewhere in my subconscious and it payed its part in inspiring the creation of November Fox.

I think my book is more a culmination of many varied experiences I have had, both dreaming and awake, yet amplified and extended.

Much of the Sci-Fi and escapist fantasy parts of it are pure inventions not based on experience, such as the few chapters set in the future with AI and the dark shadowy battling the nemesis parts.

The core lessons and morals are based on experience though, and I just housed them in a fantasy scifi. My editor told me it falls in the Visionary Fiction genre, which I had never even heard of until after I’d written the book.

Sounds fascinating. So tell us a little more about your perspective on the world. The next question is: what will we be doing in the year 2100?

Your questions are fantastic Chris!

Of course it is hard to predict where we will be in 80+ years, so any assessment is just a sense, as it could go in many directions.

I have a few chapters in the story that bring up the concept of the singularity yet in different words.

I wrote the book before I knew the term singularity, so I intuitively called it, “The Crossover.”

To know what I’m talking about, readers of this will just have to read the book :-)

What may be more relevant is telling you about a lucid dream I had a few years ago.

A few parts of it inspired various chapters in my book. It was so vivid, I can still recall all the details to this day. I have only shared this with one or two people.

I was transported to somewhere like 2150, can’t remember the exact date. I’m sure it is written in one of my old dream journals.

I was in a desert, the reason I knew it was 2150 or whatever, is because I picked up an old radio half buried in the sand, the male voice of the presenter said the year 2150, or near to that. I knew instinctively that we were living in a time a bit like Mad Max. The landscape was barren. Water was the most precious commodity, and there were fights over it.

Later in the dream I entered a building. A trio of musicians were playing extremely futuristic music. Each of the players, were only playing one long solid tone, in bizarre harmonies with each other, these would cause overtone harmonics, slowly they would change their notes, overlapping and undulating in a beautiful pattern.

It was striking and very beautiful, extremely futuristic.

It was like music had been boiled down to just the tones that were necessary and nothing more. Often music is a reflection of the times we are living in and the next scene in the dream made it clear that this music was perfectly reflecting the times.

I walked outside of the building to find a group of people, male and female, they were all wearing plain long, flowing, mostly while, relaxed unbranded clothing.

It was explained to me that humans had moved into a time where we no longer had such variations of projected ego identity through clothes and we were more as one as a collective.

Our abilities with telepathy were heightened. It was like a scene out of Star trek, of a civilisation that had transcended the need of such extreme individualisation.

Whether this is an accurate vision of the future, I’m not sure. It is certainly plausible looking at both the trajectory of weather changes and my hope for humanity’s necessary shift towards unity.

Yet who knows? The AI may not find a need to keep us around. Maybe just as pets :-) 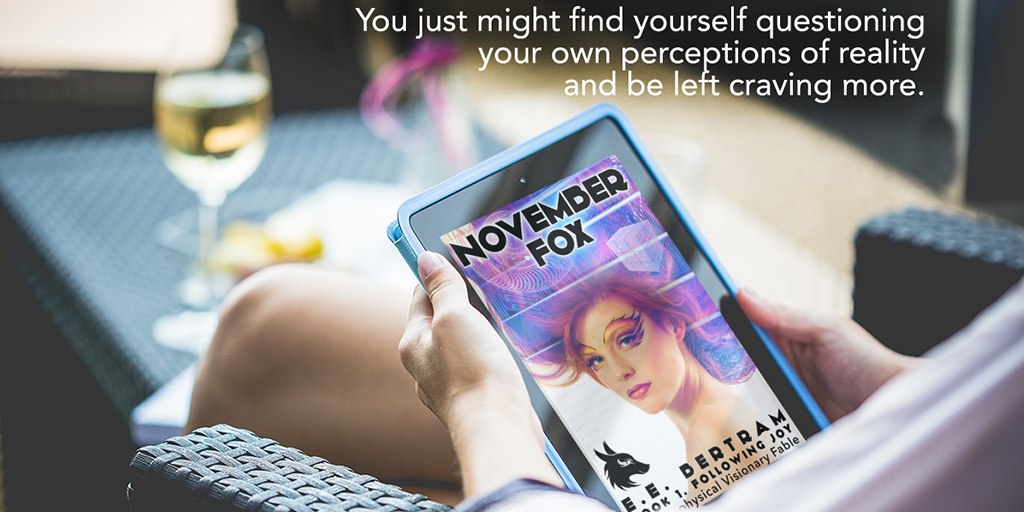