Home >
Sleep Disorders
> Sleep Deprivation: How Long Can You Survive Without Sleep?

How Long Can You Survive Without Sleep? 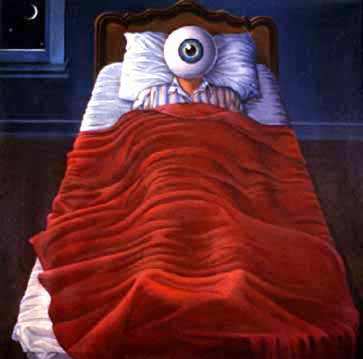 Most days, we go about 16-18 hours without sleep. Then our biological rhythms compel us to hunker down and get some shuteye.

This is the question that inspired some grueling sleep deprivation experiments in the 1950s and 60s.

Perhaps the most famous is the world record set by the New York DJ Peter Tripp. He stayed awake for 201 hours (8.4 days). He spent most of the ordeal in a glass booth in Times Square, and the rest in a hotel room across the street being monitored by scientists.

After three days, Tripp began laughing hysterically at nothing at all. He also became upset, confused and paranoid.

He hallucinated - at first, simple patterns like cobwebs on people's faces, or insects which were really specks of paint on the table. But soon, they became more intense, like waking dreams. He famously saw mice and kittens scurrying around the room.

By the end of his sleepless stunt, Tripp actually became psychotic. He rummaged through draws searching for non-existent money. He accused a technician of trying to harm him. He then claimed he was not Peter Tripp but an impostor. Nothing made sense to him. 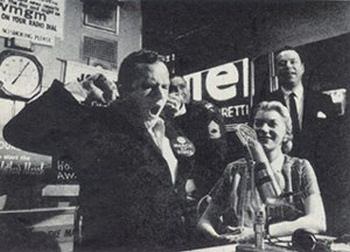 On reaching his 200-hour target, Tripp was made to stay awake for one final hour while doctors did more tests. They left the EEG in place as he finally closed his bloodshot eyes and entered a deep 13-hour slumber.

Unfortunately, there were permanent consequences to the experiment. Tripp's family noticed a difference in his personality; he was moody and depressed. He fought with his boss, became involved in the Payola scandal, and was fired from his high profile job. He went on to have four divorces.

Some would say the 8-day stunt changed Peter Tripp forever.

The Impact of Sleep Loss

We all need nightly sleep to function normally. But there are plenty of things that get in the way of this: working night shifts, traveling through multiple time zones, sleep disorders like insomnia, stress, depression, the menopause, and in extreme cases, interrogation and torture.

Needless to say that prolonged sleep deprivation can take a huge personal toll.

Despite this, we all go through it at some point or another. An increasing number of us are chronically sleep deprived because of our modern lifestyles. And the cost of that sleep deprivation on society is thought to be massive.

American businesses are thought to lose $100 billion in productivity each year. Even worse, tired workers are thought to be responsible for disastrous assaults on nature - ranging from the giant oil spillage of the Exxon Valdez, to the nuclear meltdowns of Three Mile Island and Chernobyl.

Can You Survive Without Sleep?

The effects of sleep deprivation start small and soon run wildly out of control. Physically, emotionally and cognitively, the impact is increasingly debilitating.

And if you go for long enough without sleep, the result is deadly.

This is the case for sufferers of a disease called Fatal Familial Insomnia (FFI), a rare and incurable sleep disorder that causes total sleeplessness. Starting sometime in middle age, sufferers go to bed one night and are completely unable to switch off consciously. Sleep never returns.

After around 18 months of insufferable sleeplessness, moving through phases of panic attacks, hallucinations, weight loss and dementia, death is inevitable. Read more about the discovery of this tragic neurological condition in D T Max's The Family That Couldn't Sleep.

In the name of science, volunteers have gone for days without any sleep at all, while researchers measured the mental and physical effects of sleep loss.

Here's another intriguing case from the Guinness World Records. 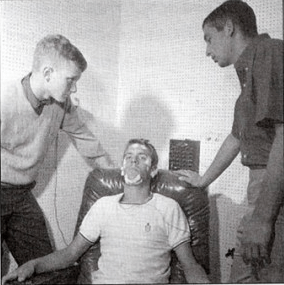 In 1964, a 17-year-old high school student named Randy Gardner beat the world record for sleep deprivation by staying awake for 264 hours (11 days) without using any stimulants.

The effects of sleep deprivation on Gardner were less extreme than on Peter Tripp but still included moodiness, problems with concentration and memory, paranoia and hallucinations.

After four days, he had the delusion that he was a famous American football player winning the Rose Bowl. He also mistook a street sign for a person.

On the 11th day, he was asked to subtract seven repeatedly, starting from 100. He stopped when he got to 65... and said he had forgotten what he was doing.

Yet later that day, Gardner held a press conference in which he spoke without slurring his words and appeared to be in excellent health.

After his marathon, Gardner slept for nearly 15 hours and returned to a normal sleeping pattern within days.

Unlike Tripp (who, incidentally, used stimulants to stay awake) there were no reports of any long term personality changes.

Much to Gardner's displeasure, within a month of setting his sleep deprivation record, Toimi Soini of Finland stayed awake for 276 hours (11.5 days).

And in 1977, Maureen Weston of the UK went without sleep for a massive 449 hours (18.7 days). She began to hallucinate towards the end but reported no lasting effects from her rocking chair marathon.

However, if you're planning a sleep deprivation stunt of your own - forget it.

Guinness World Records no longer recognizes this category because long term sleep deprivation is thought to pose serious health risks, both physically and mentally. It could even trigger other sleep disorders, not to mention long term personality changes like those displayed by Peter Tripp.

What's more, they point out that sufferers of chronic insomnia could be staying awake for far longer than these formal record attempts.

What a shame that the UK's Tony Wright didn't know this when he stayed awake for 266 hours in 2007. He thought he was outdoing Randy Gardner, and hadn't even heard of Toimi Soini.

A spokesman for Guinness World Records simply said: "People who attempt records should make sure their research is accurate or they may be very disappointed."

To learn more about this fascinating subject visit the website End Your Sleep Deprivation by the father of sleep medicine, Dr William Dement, and his students at Stanford Sleep and Dreams.