Sleepwalking and Sleep Talking: The Causes and Cures

Sleepwalking is a bizarre sleep disorder, where sufferers can find themselves performing daily routines in their sleep - like doing housework, raiding the fridge, making phone calls, and in extreme cases leaving the house altogether.

Sleepwalkers have no memory of their somnambulism so the condition can go unnoticed for some time. Common causes of sleepwalking include:

It's actually a myth that sufferers are acting out the movements of a dream. Most cases occur in NREM sleep - a deep sleep where dreams are fleeting and few.

This is also why it's very unlikely that you could actually sleepwalk while lucid dreaming (and even if you did, you would probably realize and wake up very quickly).

Sleep talking is another parasomnia where people talk in their sleep. It happens during the transition of one NREM cycle to another, when you become partially awake. It can also happen during REM sleep, in which case you literally verbalize your dream speech!

Sleep talking is linked to several other sleep disorders:

Sleep talking is very common in young children, but the majority grow out of it. Only 5% of adults appear to sleep talk on a regular basis.

Dion McGregor became a celebrity in the 1960s when his roommate began recording his nightly sleep talking monologues. Apparently they were hilariously detailed and explained what was happening in his dreams - including a hot air balloon trip to the moon!

How to Deal with Sleepwalking

Sleepwalking can be quite disturbing if you don't know what you're dealing with. So here are a few tips to employ next time a loved one goes walkabout at night.

First, trying gently guiding the person back to bed.

They may want to complete their sleepwalking task first (eg, they may be dusting if they think the house is dirty). In this case, help them out, then guide them back to bed. Don't be embarrassed - they won't remember any of it!

If you're not sure what their goal is, you can just ask them. They may be slow to respond or may not respond at all - just keep your questions simple.

Don't be surprised if they do strange things, like urinating into a pot plant or eating invisible food. They are acting out automatic responses from waking life and are not fully aware of their surroundings nor what they are doing.

The courts now recognize that you can't be held responsible for acts which you can't willfully control. This includes acts of automatism - including spasms, reflex actions, convulsions, acts under concussion... and walking in your sleep.

Here are two of the most high profile sleepwalking murder cases. 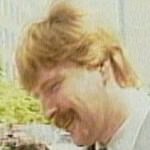 In 1987, Kenneth Parks was 23 years old, married and with a 5-month-old daughter. He had a close relationship to his mother-in-law, who called him "her gentle giant."

The summer before, he developed a gambling problem and fell into deep financial problems. To cover his losses, he took funds from his family's savings and then began to embezzle money at work. Eventually, his actions were discovered and he was fired. He started going to Gamblers Anonymous, and planned to tell his in-laws about his problems on the following Sunday.

In the early hours of May 23rd, Kenneth Parks got up, drove 23km to his in-laws' home, and broke in. He assaulted his father-in-law and battered his mother-in-law to death with a tyre iron. Then he drove to the police station, covered in blood, and said "I think I have killed some people... my hands."

The Trial of Kenneth Parks

Kenneth Parks' only defense was that he was asleep during the entire incident and was not aware of what he was doing. Nobody believed it - even sleep specialists were extremely skeptical.

However, after careful investigation, the specialists could find no other explanation. Parks' EEG readings were highly irregular even for a parasomniac. There was no motive, and he was amazingly consistent in his story for more than seven interviews.

The timing of the events also fit perfectly. And since there was no way to fake his own EEG results, Kenneth Parks was acquitted of the murder of his mother-in-law and assault on his father-in-law. 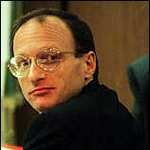 In 1997, Scott Falater brutally murdered his wife of 20 years. Falater stabbed his wife 44 times with a hunting knife and pushed her in the family swimming pool. Witnesses saw him hold her head underwater.

After killing his wife, Falater hid his clothes in the wheel well of his car, changed into his pajamas and bandaged his bleeding hand. He also hid the murder weapon in a tupperware container, and put it in a trash bag with his boots and socks. Then he went back to bed.

The Trial of Scott Falater

Some experts said the most likely cause of the crime was a sleep disorder. But the prosecution argued that Falater's actions were too complex to have been carried out while sleepwalking. After all, he had the foresight to hide all the incriminating evidence and tend to his wounds.

After a lengthy trial, the jury returned its verdict: guilty of premeditated murder. Falater was sentenced to life without parole.

The idea of sleepwalking murder is chilling for two reasons. In the first instance, we have the unconscious mind making decisions without rational waking logic. While the body acts with automated responses, the unconscious guides its overall behavior as if there is no consequence - as if in a dream world.

Secondly, what if sleepwalking is used as a murder defense by malicious killers and they get away with it? How can a jury truly understand what happened in a person's brain retrospectively - whether the crime was a true act of automatism?

Fortunately, sleepwalking murder is a rare occurrence. And the act of sleepwalking itself has absolutely nothing to do with lucid dreaming.

You can sleep soundly tonight :)