Home >
Sleep Science
> Why Do We Sleep?

Why Do We Sleep? Modern Theories of Sleep

Why do we sleep? If you live to a ripe old age, you'll spend a cumulative 30 years of your life asleep. But have you ever really pondered this question?

Scientists are yet to establish a unified theory of sleep, mainly because sleep really is a dark area of research. In fact, it wasn't until the 20th century that scientists discovered the human brain is highly active during sleep.

In the human brain (in fact - in all mammals and birds) sleep has two phases:

Each stage of sleep has its own physiological, neurological and psychological features. They flow together to form whole sleep cycles.

In the late 1960s two scientists, Rechtschaffen and Kales, defined a typical sleep cycle, displaying varying levels of consciousness. It looked a bit like this:

A complete cycle lasts around 90 to 110 minutes. So eight hours of sleep will give you around five of these sleep cycles per night.

Notice how we are in NREM sleep for the most part. Initially, REM sleep only lasts for about 10 minutes at the end of the cycle.

However, as the night goes on, some NREM cycles get shorter and REM sleep increases, which is why you dream most in the mornings. (Dreaming is more common in REM sleep, although it does also occur during NREM sleep.)

Now take a look at the features of a normal sleep cycle:

Your sleep cycles are controlled by the Circadian clock. This is an internal timekeeping device that the human brain uses to control body temperature and release certain chemicals (called neurotransmitters) at the right time.

That is why early risers often find it difficult to sleep in. Their bodies have already been stimulated with wake-up juice. The fact that Circadian rhythms exist tells us that regular sleep is key to our survival.

So Why Do We Sleep?

Having covered sleep cycles, we can move on to the functions of sleep. Why do we sleep - spending a third of our lives in the land of nod?

Sleep is a natural state of rest seen in mammals, birds, reptiles, amphibians and fish. But the variation in the amount of sleep required is quite stunning: 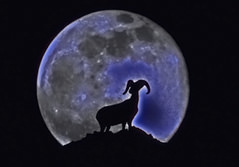 This has inspired some evolutionary theories of sleep. One theory is that animals who are lower in the food chain sleep less - because they are more vulnerable to attack. However, a conflicting theory suggests that sleep protects us from predators, since we are curled up in a quiet place out of harm's way.

However, both theories have gaps. If we are deprived of sleep, our bodies eventually force us to regain some of that lost sleep - even at the risk of attack by a predator. Why do we sleep at such high risk?

The Four Main Theories of Sleep

Like the evolutionary theories, there are dozens of theories of sleep and most of them can be conveyed in one of four categories:

All day long, we are zipping around in a highly active anabolic state.

Because this requires so much energy, being awake may only be a temporary state. We use this time to feed and reproduce. That's all. So why do we sleep? Simply: to gain relief from this hyperactive state so that we may function normally - both physically and mentally.

This theory is further supported by the fact that certain genes only switch on during sleep. Some of these genes are directly linked with mental health conditions such as schizophrenia and depression.

Sleep also allows us to physically heal our bodies. This is marked by the constant growth and repair of the body's immune and nervous systems, as well as our muscles and bones.

In a study on rats, sleep deprivation actually slowed down the healing process of burns. Besides the immune system, sleep deprivation affects our metabolism (our internal chemical reactions). It may also help us save energy for when we most need it.

However, animals in hibernation actually have to catch up on sleep when they emerge. Simply resting in a dark, quiet place does not fulfill their need for sleep if they don't shut down their conscious brain.

Something critical happens to the mind during sleep. This may hold the key to psychological reasons why we sleep.

Sleep may help the human brain get better organized - by filing away important memories and discarding unwanted information.

"That, if then I had waked after a long sleep, will make me sleep again; and then, in dreaming, the clouds me thought would open and show riches ready to drop upon me; that, when I waked I cried to dream again"

In a study by Turner et al, 40 people were allowed only 26 minutes sleep per night. They were given cognitive tests which showed their working memory deteriorated by 38% over four days. Without REM sleep, they found it much harder to complete memory tasks and solve problems.

Other sleep experiments have shown that procedural memory (your ability to perform certain skills) is dependent on REM sleep. Similarly, declarative memory (your knowledge of facts) relies on getting enough Slow Wave Sleep.

Everybody dreams, every night (even if you don't remember them). Dreams are an expression of our unconscious thoughts and conscious experiences. They are so important that if we are seriously sleep deprived, we actually start to dream while awake.

Dreaming appears to be a by-product of REM sleep. But is it possible that an important part of the reason why we sleep is to dream?

The functions of sleep are still unfolding. We understand the natural sleep cycles and a number of effects of sleep on the brain and body. However, there is no unifying theory that answers the question "why do we sleep?"

Science has more work to do yet...

For a deeper understanding of the reasons why we sleep, watch this TED lecture by neuroscientist, Russell Foster.