Home >
The Human Mind
> The Simulation Argument: Why Your Reality Isn't Real (Probably)

The Simulation Argument: Why Your Reality Isn't Real (Probably) 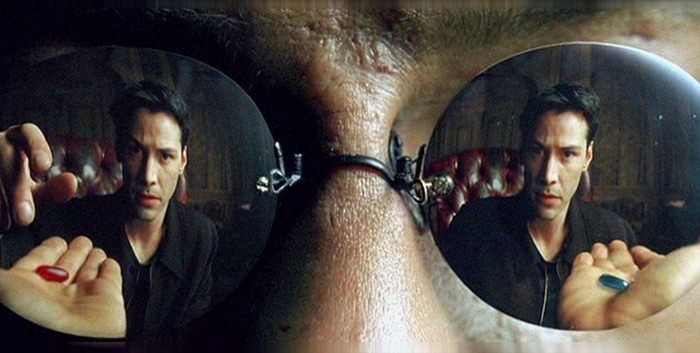 Your entire world is an elaborate computer simulation created by future humans.

That is the bold conclusion of The Simulation Argument, put forward by the Swedish philosopher Nick Bostrom of Oxford University.

In his 2003 paper published in Philosophical Quarterly, Bostrom put forward the following abstract:

At least one of the following statements must be true:

1. The human species will become extinct before reaching a "posthuman" stage;

2. No posthuman civilization will run a significant number of simulations of their evolutionary history;

3. We are almost certainly living in a computer simulation.

Mathematically, it follows that we must be currently living in a computer simulation. This is simply a game of numbers. Don't worry, we'll get into all that in a moment.

The alternative to Bostrom's virtual reality premise is that we will not survive long enough to become posthumans and run ancestor-simulations. Based on our current rate of technological advancement, this would spell the collapse of civilization or total extinction within the next generation or two.

I know which one I prefer.

Let's breakdown the Simulation Argument and see exactly how Bostrom came to this profound conclusion about the nature of our reality.

The Extinction of Man Before Posthumanism

Statement 1: The human species will become extinct before reaching a "posthuman" stage;

Humans and their ancestors have been evolving for millions of years.

Our We have survived meteor strikes, ice ages, diseases, droughts, famines, wars and more. Although there are arguable threats to our survival as a species (such as nuclear war), the fact is, at 7 billion strong, the global population is thriving.

It would take a massive catastrophe to eradicate the human species in one fell swoop.

We've come so far. The question is, can we survive long enough to reach a posthuman stage? What does it mean to be posthuman anyway? 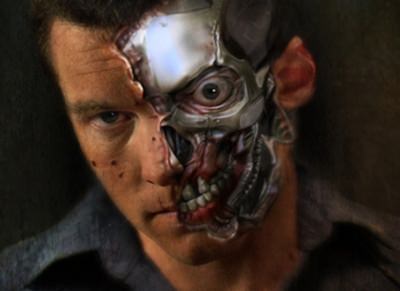 Some believe we are already there. Others believe it will coincide with the rise of the cyborg (or cybernetic organism) who possesses both biological and artificial parts.

In Bostrom's argument, it really suggests a time at which we have the technology to run artificially intelligent simulations of our own ancestral past.

A key factor will involve reaching the Technological Singularity; a point in the future where artificial intelligence officially surpasses the human brain and evolves rapidly on its own. Some believe this may happen as early as the year 2045.

Most scientists are reluctant to speculate about how the singularity will change our world. But it does seem clear that this rapid technological evolution - machines making ever increasingly complex machines without human intervention - will bring about massive and unimaginable changes to our lives.

The idea of future generations creating computer simulated worlds requires no leap of the imagination. We're already doing it with the likes of The Sims, Second Life and Spore.

It's quite clear that your Sims characters aren't conscious beings. However, given enough computing power and using advanced AI, it is thinkable that characters can develop personalities through life experiences, and even posses human traits like creativity and imagination - the essence of consciousness.

Bostrom's probability equations rule out the likelihood of human extinction before such a time exists, being so tantalizingly close to a posthuman world as we are now.

(An extension of this statement goes: if we humans on planet Earth are so close to reaching this point, is it not more likely that other intelligent species exist in the universe who have already reached this stage? Such advanced computer simulations may already exist, regardless of whether we become extinct in the next century.)

We Lose The Desire to Simulate

Statement 2: No posthuman civilization will run a significant number of simulations of their evolutionary history;

If we could simulate our human evolutionary history in a computer program, does that mean we would?

That's the crux of this statement.

For instance, we may find in the future that running computer simulations just isn't our thing. Perhaps we lose or overcome the desire to simulate ourselves. 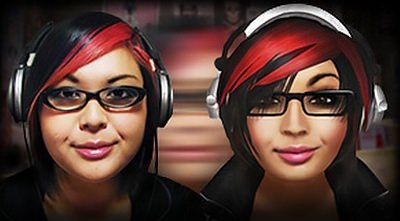 Paradoxically, the Simulation Argument itself could go on to become a key reason why we choose not to create unlimited computer simulations. If the theory stands the test of time, we may decide it's ethically repugnant to simulate thousands of generations of human beings who fully believe they are conscious and "real".

Especially when doing so would throw our own reality into question.

But Bostrom believes the probability of this is also very low.

We have no problem playing God when it comes to manipulating characters on The Sims, which is all well and good because they're not self-aware. But would the critical consciousness threshold force us to reconsider?

Now, I'm not saying that lucid dream characters are necessarily conscious beings separate from myself, but there is some doubt as to "who" or "what" controls them. Certainly, they often seem to have a different agenda to me. But this doesn't really change my ethical stance. To me, on some level, they'll always be "just dream characters", as our AI Sims could be rationalized as "just simulations".

Therefore, it's believable that if we had the technology to simulate living, conscious entities, we would go ahead with it. We might argue that the simulated creatures are merely robots, or bits of computer code - designed and never born.

What's more, a simulation would start at the beginning, perhaps of our universe, or of our planet. We would begin with single-celled organisms to which we couldn't relate, even though we would expect them to eventually evolve into complex forms, demonstrated by John Conway's Game of Life.

We Are Living In a Computer Simulation

Statement 3: We are almost certainly living in a computer simulation.

So here's the kicker. If you accept that the human race will survive long enough to invent this technology, and that we won't be afraid to use it, then Bostrom's third statement must be true. We are indeed living inside a computer simulation ourselves. 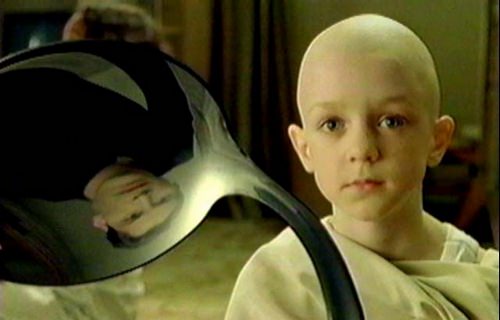 Bostrom did the math. A single computer simulation of our evolutionary history would create trillions of organisms (think: every living thing on planet Earth, ever).

In this vast pyramid, there would be a single true reality, home to the original humans who lived (for real), died (for real) and created computer simulations (for real).

The chances of you existing in that original universe are infinitesimal. Indeed, you'd be crazy to think you live in the "real world". You are most likely to be the construct of a very realistic, very powerful computer game.

Now, don't go jumping off a skyscraper Matrix-style just yet - because there are some criticisms of the Simulation Argument.

For instance, there may be something inherent about a posthuman civilization that causes it to self-destruct. Or it may be impossible to simulate consciousness on a computer. So although it is taken seriously as a philosophical argument, we can't say with 100% certainty that we are living in The Matrix.

Even if you discovered that you were a simulation of life, would it change anything?

Your reality won't suddenly look or feel any different. You would, at least, have a new appreciation for the scale of the universe existing far beyond your current reality. And you may even come to suspect that certain people you know are merely autonomous programs - simulated agents who do not really have conscious experiences.

Perhaps most disconcerting is the possibility that our creators could become bored of our particular simulation and shut it off at any moment.

Shit. Let's try and keep it interesting for them.