Wake Up to The Dawn of Bedroom Robotics

If the phrase "bedroom robotics" strikes terror in your soul, you'll be forgiven. But you've probably just watched too many sci-fi movies.

This type of robot is much more benign. It is designed to create your own personal sunrise, complete with sound effects, while your partner continues sleeping.

It also has the potential for a number of lucid dreaming applications which I'll share in just a moment.

First, let's see how it works and what makes it unique. 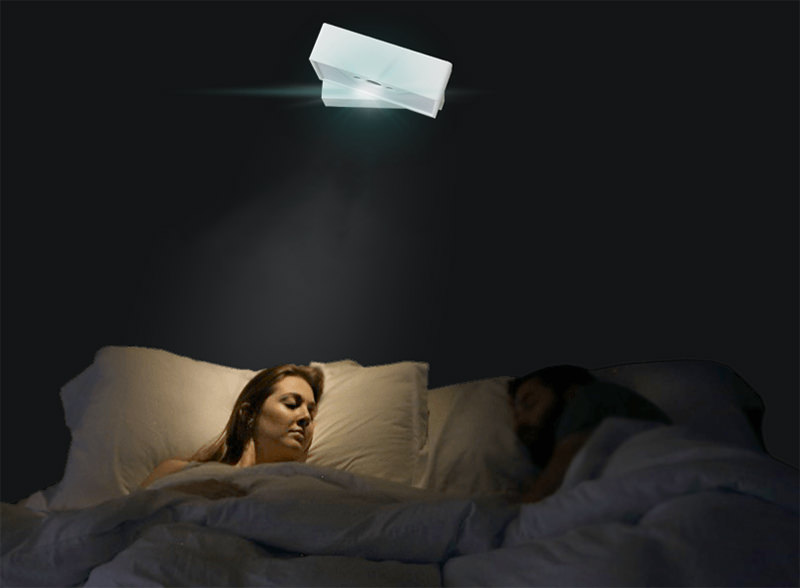 This little bot is known as Wakē (as in: wakey, wakey, rise and shine) and is designed to bring your morning routine into the 21st century.

Most people still awaken to a blaring alarm clock - or at least, a blaring smartphone - while it's still dark out, and irritate their blissfully sleeping partner in the process. 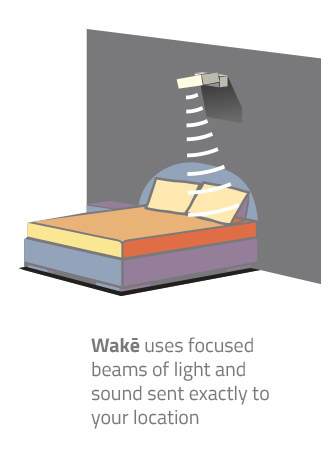 Wakē is a wall-mounted robot that works with your smartphone. When it's time to get up, Wakē uses a body heat sensor to find where you are. It rotates and uses focused beams of light and parametric speakers to send sound to your specific location.

It repositions itself if you roll over and shuts itself off when you get up. Like an alarm clock, you can snooze or deactivate Wakē using its bespoke app. Meanwhile, your partner sleeps on (the swine).

It's a simple concept that's been realized through a combination of technologies - from infra-red sensors to seek your location, to a wifi-enabled CPU to receive future upgrades, to white LED lights that simulate the sunrise, to parametric speakers that use ultrasonic waves to create a very narrow audible beam. 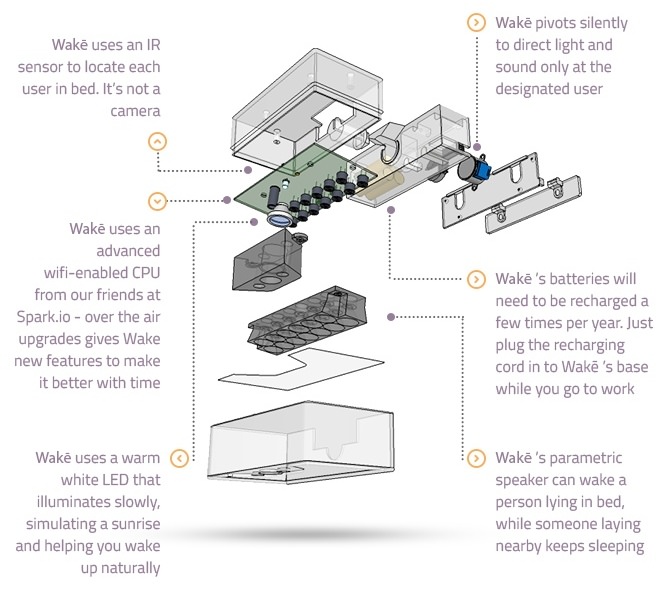 While Wakē's purpose is to wake you up peacefully and naturally, a whole lot more can be done with future firmware upgrades. Here's what the team are currently evaluating:

Of course, lucid dreaming is the one we're really interested in. So how could Wakē be developed to improve the lives of lucid dreamers?

Right now, Wakē exists in prototype form. That means it's more than a concept - it's an actual working model - it just hasn't hit assembly lines yet. That's where we come in.

On its first day of fundraising, the Wakē Kickstarter campaign is already flagged as a Staff Pick, and is aiming to generate $100,000 so that by September 2015, worldwide shipping of Wakē can begin.

Pledge anything from $5 to $2,500 to scoop up a range of rewards, including early bird Wakēs, brunch with the creators, and a pool party in Las Vegas. These guys know how to celebrate.

To learn more about this project, check out their Kickstarter page and the official LuceraLabs website.

"Wakē does not use cameras or anything that could be hijacked to violate your privacy... so keep on rocking those ridiculous pyjamas."