Home >
The Human Mind
> Was Einstein Influenced by a Near Death Experience?

Did a Near Death Experience Inspire Einstein's Theory of Relativity? 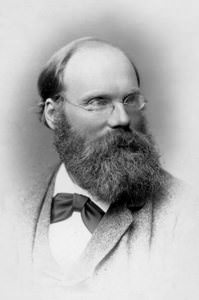 Albert von St. Gallen Heim was a distinguished Zurich professor of geology in the late 19th and early 20th century.

Heim had fallen while climbing in the Alps and experienced an Near Death Experience. Following his own experience, over a 25-year period, he collected numerous other accounts of people who had fallen or had similar accidents.

He presented his findings to a Swiss Alpine Club in February 1892 and published them the same year.

In doing so, Heim became the first person in modern history to publish a collection of what would later be referred to as NDEs. His paper was translated into English by Russell Noyes and Roy Kletti in 1972.

Among a number of interesting aspects of the experience as reported by Heim, as well as many of the people he interviewed, was that as his body fell toward the ground below, "Time became greatly expanded." (Heim, quoted in Noyes and Kletti, 1972, p. 47).

Said slightly differently, what Heim discovered was that people often reported that as they fell from a great height, time seemed to slow down or stop completely.

This finding is supported by modern research into NDEs.

Kenneth Ring (1980) found that when asked about their sense of time during an NDE, only two percent of respondents experienced it as normal. Six percent reported that time seemed "extended," and an overwhelming majority, 65 percent, said they experienced no sense of time at all during their experience.

A little known fact is that this same Albert Heim happened to be one of Albert Einstein's professors. Biographer Ronald Clark described Einstein's course work at the Zurich Polytechnic Institute:

"To these compulsory subjects Einstein added an odd ragbag of optionals (what today we would refer to as electives) which included not only gnomic projection and exterior ballistics, both of which might have been expected, but also the anthropology and the geology of mountains under the famous Albert Heim."

Another Einstein biographer, Albrecht Folsing, pointed out that Einstein chose to take more than the compulsory number of optionals, and often at times that were not convenient:

"All students had to attend at least one class each year outside of their special field... Einstein in fact enrolled for considerably more of these lectures than the mandatory minimum covering a wide spectrum of subjects, such as 'Man's Prehistory' and 'Geology of Mountain Ranges' both given by Albert Heim, who started at seven in the morning and always had a crowded room."

Two years before his death in 1952, Einstein wrote a letter to an Arnold Heim, recalling Albert Heim's lectures as having been "magical" (Folsing, 1997, 66). 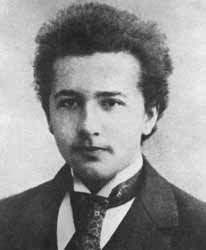 Einstein emigrated with his family to Switzerland from Germany in the autumn of 1895.

He failed his entrance examination on the first try, but passed the following year and was admitted to the Zurich Polytechnic School. This would have made him a student in the years immediately following Heim's presentation of his findings and the publication of his paper.

Few professors fail to find time to discuss areas of personal interest, and it takes little imagination to suggest that Heim may have described these experiences to his students. Einstein may also have taken the time to read Heim's published account of his study and surely the application of Heim's findings to physics would not have been lost on him.

As an object hurdles through space, time is altered relative to motion and speed. And this raises a fascinating question: could it have been Heim's accounts of NDEs that first suggested to Einstein that time and space were not fixed and constant, as physicists assumed at the time, but were actually relative to each other?

This idea, central to Einstein's revolutionary insights, is described one of a series of papers published in 1905, just ten years after his arrival in Zurich.

Stephen Hawking explained the impact of Einstein's insights on the field of physics:

"[Einstein's theory] required abandoning the idea that there is a universal quantity called time that all clocks measure. Instead, everyone would have his own personal time. The clocks of two people would agree if they were at rest with respect to each other but not if they were moving."

To this point, my argument rests on a great deal of speculation. But there is another anecdote that gives more weight to the argument because it came directly from Einstein.

Asked in a New York Times interview how he came to start work on his theory of relativity, Einstein related the idea to a near-death episode he had witnessed.

"He had been triggered off (on his theory of relativity)... by seeing a man falling from a Berlin rooftop. The man had survived with little injury. Einstein had run from his house. The man said that he had not felt the effects of gravity--a pronouncement that led to a new view of the universe."

Einstein made this statement many years after the events, but this episode must have occurred prior to his leaving Germany for Switzerland.

It is also doubtful that the man stated he had not felt "the effects of gravity." It is more likely that he gave an account similar to the people who Heim had interviewed or modern day NDErs. This might explain why Einstein appears to have sought out Heim, taking courses with him that were outside of his major and at times that were inconvenient. This is also entirely consistent with Einstein's method of working with what he described as thought experiments.

Finally, I find it difficult to think of another experience that so clearly describes the relativity between space and time.

As with so many things historical, we may never know for sure whether Heim's accounts of Near Death Experiences had a major impact of Einstein's thinking. Clearly there were many factors that played a part and many things that had to come together for Einstein to make the revolutionary breakthrough he did. Although we have no direct evidence that Einstein heard accounts from Heim's research into NDEs, that these two men's paths crossed just after Heim made his findings public is an established fact. Hopefully further research will be able to shed light on this very interesting question.

J. Timothy Green, PhD is a clinical psychologist and writer in private practice in Mission Viejo, California. This article was first published on his blog, JTGreenPhD.