Home >
Dream Science
> What Do Blind People Dream About?

What Do Blind People Dream About?

What do blind people dream about? Can they "see" in their dreams? Take a look at scientific studies into the dreams of the blind, colorblind, and black-and-white dreamers. 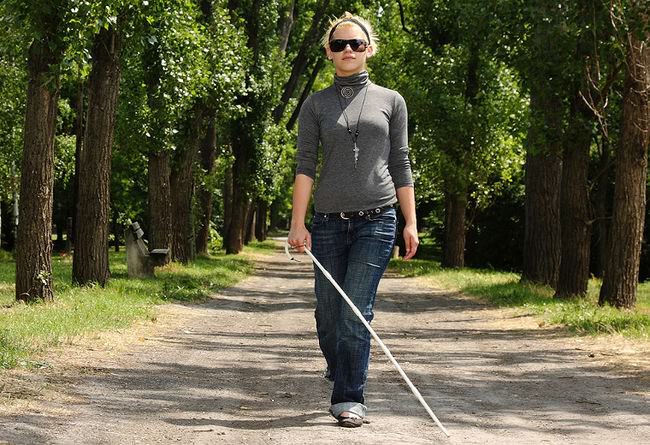 Can The Blind See in Dreams?

In 1999, dream researchers at the University of Hartford analyzed 372 dreams of 15 blind people. They found that both the congenitally blind and those who went blind before five years old did not have any visual dreams at all.

That's because our dreams are made up of real world experiences and our innermost thoughts, anxieties and desires. So for someone who has never perceived images or light (or can't remember any) their dreams simply can't manifest visually.

People who go blind after seven years of age do report visual dreams in the same way we perceive them. It seems the longer you experience the world with sight, the longer you will go on dreaming visually. Someone who goes blind in their senior years can experience vivid dreams for many years after losing their sight.

Of the people who went blind between five and seven years the results were mixed; some went on to have visual dreams and some did not. However, regardless of the visual dream content, all groups reported rich and imaginative dreams, suggesting visual imagery is no measure of dream intensity on its own.

So, what do blind people dream about if there is no visual imagery involved? As a sighted person it's hard to imagine. But we can say that blind people's dreams are representative of their real lives, charged with sound, touch, smell and emotion.

Because they lack the sense of sight, their brains automatically compensate by putting more emphasis on the remaining sensory data. They can build up a highly detailed perception of the world (especially with advanced development of the senses such as echolocation) and these senses create a vivid dream world.

In one study of dreams, 60% of blind people reported dreaming about transport (compared to 28% of sighted people) which is understandably a big cause of anxiety for blind people because of the danger it presents.

The Mystery of The Missing REM

Research has also shown that blind people who never dream visually show very little or no Rapid Eye Movement during the REM phase of sleep. They are still capable of having vivid sensory dreams, but they don't show any eye movements.

This highlights an interesting function of REM: our eyes dart all about the place because they're scanning a visual dream world. The fact that it's missing in the dreams of blind people suggest there is little or no other reason for REM.

Do Colorblind People Dream in Color?

What does this mean for colorblind people - do they dream in color?

As you might expect by now, your waking experience dictates your perception of dreams. So someone who has a red-green color vision defect since birth (affecting a surprising 8% of males with Northern European ancestry) will dream in the same colorblind mode.

If you were born with full color vision but later became colorblind, you may have full color dreams if you have sufficient intact long term memories of them.

Curiously, in 2008, researchers at the University of Dundee surveyed generations of people who grew up with black-and-white television (which emerged throughout the entire first half of the twentieth century).

Even though they saw in full color in everyday life, they still recalled dreaming in black and white. By the 1960s, when color TV became more widespread, people reported fewer black-and-white dreams and shifted back to full color.

Incidentally, if you can't recall any colors from last night's dream, this doesn't mean it was in black and white. It just means you don't recall that particular detail. Increasing your dream recall and practicing lucid dreaming will improve this.

Yes, I believe so. Blind people can have a highly attuned sense of self awareness, just like sighted people. In fact, they are more accustomed to using what we consider "back-up" senses as primary senses, meaning they can be more aware of their environment. This could enhance your ability to notice whether you're dreaming and become lucid. I wonder, what would those lucid dreams be like?