As a lucid dreamer, you may sometimes wonder where the term "lucid dream" originates. After all, it's likely not the immediate choice of words you'd pick if asked to name the experience yourself - many would probably opt for something along the lines of "conscious dream" or "dreams of awareness".

For many years the standard answer to the question was simple. It was credited to the Dutch writer and psychiatrist Frederik Willem van Eeden, having first used it in his 1913 paper A Study of Dreams.

However, as with many things in life, the truth is not quite that simple.

In modern Western lucid dream research, a good deal of the history on the topic has been shrouded in mystery or lost to the sands of time. Recently our team of experts decided it was time to change that.

In our research it became apparent that the most vital goal was to bring back to life one of the single most important works on lucid dreaming. I'm talking about the 1867 French masterpiece, Les Rêves et les Moyens de les Diriger; Observations Pratiques - which translates as Dreams and the Ways to Direct Them: Practical Observations by Marquis d'Hervey de Saint-Denys. 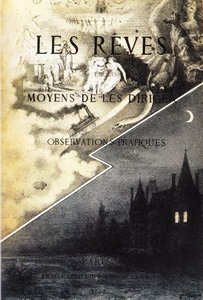 Never heard of him? You're not alone. But once you realise who he is, you'll see it's really a sad state of affairs.

Saint-Denys, by all accounts, could be considered the father of modern lucid dream research. His book was the West's very first book examining in detail the experience of lucid dreaming.

So if Saint-Denys' was using the term "lucid dream" back in 1867, some 46 years before van Eeden, how is it that van Eeden is credited with inventing the term?

To help set the record straight, I'd like to answer some of the most common questions I'm asked about Saint-Denys. 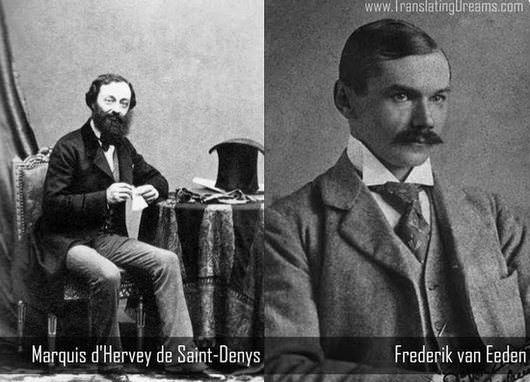 Q: In Saint-Denys' book, did he use the term, "rêve lucide" just once or multiple times to describe his experiences?

The term was used multiple times, however Saint-Denys' use of the term "rêve lucide" was somewhat unformed compared to our precise modern use as "conscious dreaming".

More often when he used the term he referred to the visual clarity and ability to remember the dream - not necessarily the aspect of a critical awareness. Yet, in most cases when he refers to "rêve lucide", he felt that they are a distinct form of dream, of a certain quality that lends itself to conscious awareness.

In other words, Saint-Denys' use of the term could be considered more in the sense that we define vivid pre-lucid dreams, those prior to the full realisation of our state; he is referring to the clarity and realism that precedes full lucidity.

So this isn't quite the same as our modern definition. Yet, with his language being somewhat 'flowery', his use of words and their definitions often blur, leaving their precise interpretation up to the reader.

So, his being the first comprehensive Western book on conscious dreaming and it repeatedly containing the term "lucid dream" (albeit in a somewhat less defined usage) we may conclude with some confidence that the phrase was born here. However, the definition as we use it today would take form later.

Q: Did he use other terms for becoming conscious within the dream? How would those translate?

Yes indeed. Throughout the book, Saint-Denys' primary choice of words for what we now call "lucid dreaming" collectively roughly translate as "aware of my true situation". For example on page 5 he states:

"[I developed the faculty] of being often aware of my true situation while sleeping... and therefore keeping sufficient control of my ideas to guide their development in whatever direction suited me."

So whilst Saint-Denys coined the term "lucid dream" in a book on conscious dreaming, his definition was somewhat different from our modern usage.

Essentially, what we need to understand here, is that the coinage of the term "lucid dream" cannot be attributed to a single individual. It could be considered an ongoing and unspoken collaborative enterprise, spanning generations.

We find that Saint-Denys first introduced the term in relation to conscious dreaming, it was then van Eeden, inspired by Saint-Denys work, who took that phrase and polished and refined it. Of course, the term was then further cultivated by the researchers who followed, such a Dr Celia Green, Dr Keith Hearne, Dr Stephen LaBerge and others.

Indeed, the process continues today with the growing terminology to distinguish different varieties of lucid dream. Language, I'm sure we can all agree, is a fluid and evolving beast.

Q: Do you assume that Frederik van Eeden read this book, before he mentioned "lucid dreaming" in 1913?

Yes, almost certainly. In Frederik van Eeden's classic A Study of Dreams, he mentions the work of Saint-Denys in such a way that implies he was familiar with his research. In van Eeden's own words:

"I know that Mr. Havelock Ellis and many other authors will not accept my definition, because they deny the possibility of complete recollection and free volition in a dream. They would say that what I call a dream is no dream, but a sort of trance, or hallucination, or ecstacy. The observations of the Marquis d'Herve [Saint-Denys], which were very much like mine, as related in his book, Les Reves et les moyens de les diriger, were discarded in the same way."

We can therefore assume, that consciously or otherwise, van Eeden was inspired by Saint-Denys' work. It seems unlikely to be a coincidence that van Eeden would also pick the term "lucid dream" purely by chance, considering the connection.

The most likely explanation is, simply, that van Eeden liked the phrase and replicated it, adding his own distillation of its meaning. Of course we can only speculate about the unwritten process that occurred in the minds of those long passed, yet logic would dictate that this seems the most probable series of events.

So, to definitively answer the question of who coined the term "lucid dream"? The most honest answer is: it's impossible to pin to one individual.

If we are looking at the timing, context and the term, it's Saint-Denys. If we are judging on our modern definition, van Eeden is our man.

However, the term grew and evolved out of their combined research, both which were born through the study of conscious dreaming. As with most human pursuits, our knowledge and inventions owe a large debt to the research of those who came before us - few ideas are truly lone islands. So, for those who aim for fairness in the world, it would be right to say both these wonderful pioneers deserve equal credit.

Q: Where does this leave Saint-Denys' work today?

This is just the very tip of the iceberg. Just one speck of information that has been locked away and hidden from English speaking lucid dreamers for 147 years! There is so much more of value buried deep in the work of Saint-Denys. There are unique lucid dream techniques, fascinating experiments, curious adventures and inspiration that may well change the future of lucid dreaming! 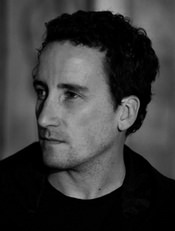 Daniel Love is a British lucid dreaming researcher, whose goal is to share lucid dreaming in an honest and thoughtful manner. He is the inventor of the Cycle Adjustment Technique and the author of the popular book Are You Dreaming?