An interview with Bill Murphy, the creator of DreamNET: a lucid dreaming headband which detects not just REM sleep, but when you're inside a lucid dream. 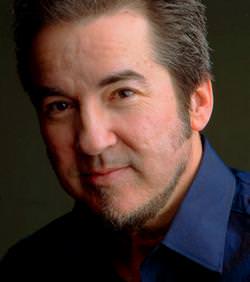 Bill Murphy is best known as a TV host who introduces us to new technologies and performs paranormal investigations. Off screen, he's actively involved in developing new technologies for the consumer and professional market - and one of those he's most passionate about is DreamNET.

DreamNET is a programmable lucid dreaming headband, able to detect not just REM sleep - but when you're actively lucid dreaming. This sets it apart from infra-red REM detection masks like the NovaDreamer, taking us a giant leap further into the world of lucid dream technology.

What's your background in technology development? What's been your most successful project to date?

My background in technology begins with my involvement with the engineering and installation of media servers that are accessed by networked edit bays in the television and film industry.

The Hollywood based company that I founded was an authorized representative for various manufacturers of professional audio and video equipment. This led to me being hired by producers that needed consultation on implementing new technology that would be showcased in various TV series.

I then began appearing on screen as a TV host introducing new instrumentation. My work with wearable biosensors for these programs merged with my existing interest in lucid dream detection.

What's your personal experience of lucid dreaming and what role does it play in your life today?

I began to become self aware while dreaming as a teenager and soon developed an ability to control my dreams, although it isn't something I can do every time I want to.

As I learned more about lucidity, I gained knowledge about the neurological basis of achieving self perception within a dream. Some people assign significant value from the information they acquire when recalling a lucid dream. My goal is to provide a way to detect the brainwave frequencies associated with lucidity by using a reliable electroencephalogram (EEG) and allow a person to be awoken so they can recall the dream before it fades from memory. 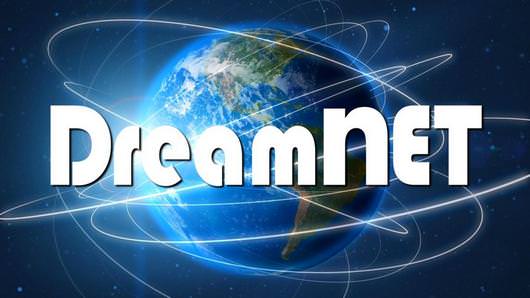 What appealed to you most about developing DreamNET?

Developing DreamNET allowed me an opportunity to exploit several technologies that have made it easier to be outfitted with a wireless EEG. The merging of a compact dry electrode EEG with a mobile device that syncs with Bluetooth made the hardware affordable and accessible.

But the software from Michael Coder is what makes our solution the best one there is. The data has been continuously published for over two years, and the software is regularly updated.

What appealed to me was an opportunity to offer a solution that is within reach of people that are looking for a sensible way to improve their chances of documenting their dream experience.

Who is the typical DreamNET user and what can they expect to get out of using it?

The typical DreamNET user could certainly be described as a dream enthusiast. A dream is such a personal experience that people will often readily talk about their adventures, but then you learn that their recollection is limited to just a few dreams that stand out.

We prefer to maintain reasonable expectations when using any method positioned as one that helps people enjoy lucid dreams. However, DreamNET offers a way to detect when a person dreaming has likely become lucid. 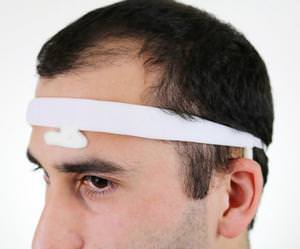 A priority for us has been to design a comfortable head band that contains all the components needed in a streamlined unit.

We've read some of the accounts of users who have worn cumbersome units that become a bother. Some are based on timers that will trigger lights at a time when it is hoped that a person has progressed through the sleep stages that lead to active dreaming which may or may not be lucid.

We have avoided the unnecessary bulk and components that may discourage a person from continuing to wear a sleep band and have opted for a unit built with precision.

Technology has overrun our waking lives. Do you think there are benefits to introducing technology to our sleep lives too?

We couldn't agree more that technology has dominated many aspects of the waking world. Whether its people in a crowded place that are isolated by focusing on their computers, or drivers who risk the safety of themselves and others by texting on their phones while behind the wheel, there are many examples of how technology has interfered with mindfulness.

But there are benefits to using the technology offered by DreamNET if your goal is to improve your chance at recording your dreams. We're still advocates of self-discipline to improve dream control and recall.

We saw a growing number of dream mask and headband technologies on Kickstarter in 2013. Can you tell us where the market lies today and where DreamNET fits into this?

There have been a number of items that appealed to the fascination of dreams and popular movies certainly fueled this trend.

However, we also see that most claim to induce lucidity and use external cues to do so. Lights and sounds that make their way into the dream environment can be interpreted in a number ways, and the possibility of disturbing a sleeper is more likely than inducing a lucid dream.

We know that statement runs contrary to the claims of some but we focused on detecting lucidity rather than claim to induce it. DreamNET has been designed by and for lucid dreamers. Our wish is to provide a sensible means of gathering and sharing sleep research data.

This could lead to discovering correlations between dreams and environmental factors such as the amount of daylight a person is exposed to each season, diet, induction methods and more that could influence the ability to achieve lucidity.

So are infrared REM-detection masks a thing of the past? Are EEG headbands where it's at?

The infrared-REM detection masks are designed to react when the eyes are moving under closed eyelids, but they are unable to detect specific frequencies that may indicate when an actual lucid dream is occurring. 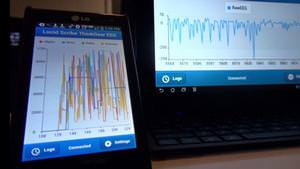 DreamNET has proper electrode placement and the software allows for the filtering of the different frequencies generated by the brain.

Only DreamNET has been designed to detect when a person has likely become self aware while dreaming with selective filtering of brainwave frequencies and adjustable duration of how long the selected frequencies are maintained before gently awakening the sleeper which provides an opportunity to record the experience.

What other features will DreamNET develop in future?

An important future capability that DreamNET is developing is a new research platform with the option to stream live data.

There have been some features that people have wanted that we can implement, but we prefer to do so in software to keep the headband as small and light as possible.

People still want the option to explore the use of external cues, and that's easy for us to do thanks to Bluetooth controllable lamps and speakers. We can easily trigger flashing screens for those that want to test if that can trigger a cue for the dreamer to become lucid.

We also have the ability to detect muscle movement but need to remind users that electromyography (EMG) detection results in a signal that can add electrical noise and cause interference to the faint EEG data being monitored. But the feature exists now in the software we support for those that want to explore its potential.

In your wildest dreams, what sort of technology will be available to enhance our sleep and dreams in 20 years' time?

Work has already begun on recording simulated dream sequences that can be played back.

It requires a functional Magnetic Resonance Imaging (fMRI) system. These are anything but practical, and are noisy and physically restrictive. They're not all designed for sleep studies, and the reconstructed video must be originated in a database of stored clips that a dreamer must first view and the metabolic and vascular responses are recorded. When a subject sleeps, their physiological responses are measured against what was generated while the person viewed the clips while awake.

The studies conducted at the University California Berkeley reveal what may be possible for analyzing dreams in the future if technology leads to a system that isn't so overwhelming with noise, size, and expense.

But for now, we have DreamNET.

You can learn more about the development of DreamNET and contribute to the fundraising via Bill Murphy's Kickstarter page.