Can Sleep Deprivation Cause Alzheimer's Disease and Dementia?

Research has found a correlation between the amyloid plaques found in the brain's of Alzeimer's patients and frequent sleep deprivation or disruption. 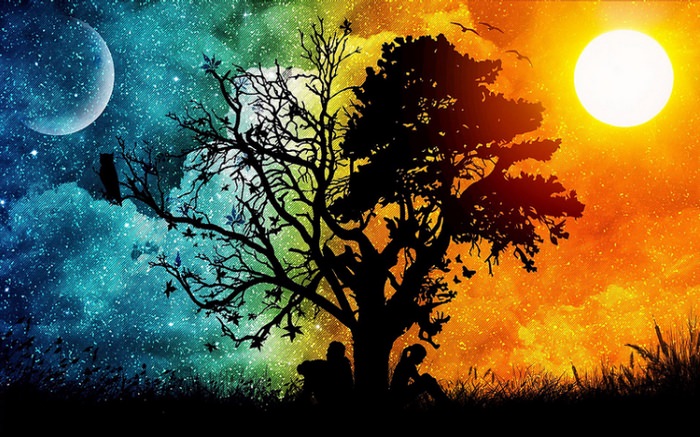 The human brain is pretty impressive in its ability to hold about five times as much information as the Encyclopedia Britannica. Or any other encyclopedia, for that matter.

Scientists are still debating the exact storage capacity but in electronic terms, it is thought to be up to a whopping 1,000 terabytes.

To put that in perspective, the National Archives of Britain, which contains a wealth of data covering more than 900 years of history, takes up 70 terabytes.

That's just a fraction of what your brain can store. Your brain is pretty amazing.

Sleep is Critical to Brain Function

A system of this size needs to rest in order for it to maintain its functionality. So it follows that a lack of sleep can lead to serious, and sometimes permanent, problems as it ages.

In fact, as far as your brain is concerned, sleep is even more important than food.

Provided you had water, you'd be able to survive a month or even two without food. You'd be hungry as hell, and your body would take a massive hit. But you'd survive.

Your brain without sleep is a different matter altogether.

You'd start going crazy after just a few days. Memory, cognition and emotional responses would all be seriously impaired. You'd start hallucinating - or dreaming while awake, if you will.

And ultimately, you would die. (See the rare genetic condition of Fatal Familial Insomnia.)

Not too surprisingly then, research has revealed some important correlations between sleep deprivation and the onset of the brain-decaying condition known as Alzheimer's Disease.

The science suggests so.

This study by the University of Washington School of Medicine determined that studying sleep habits in high risk populations could predict the chances of Alzheimer's onset up to 15 years before the first symptoms appeared.

The correlation? Alzheimer's sufferers have a build-up of amyloid plaques in their brain. And people who are prone to waking up several times per hour have a higher level of these plagues than normal.

The Warning Signs of Alzheimer's Disease

Any sleep disorder that interrupts sleep can increase the build-up of amyloid plaque in your brain and increase your risk of developing Alzheimer's Disease.

The most common disorder is Sleep Apnea, where breathing repeatedly stops and starts during sleep. It's potentially very serious on its own, as breathing may not automatically restart.

Apnea can cause snoring and gasping that interrupts your sleep throughout the night and you'll wake up still feeling tired. Fortunately, sleep apnea can be treated via weight loss and breathing masks.

Another major disruptor of a good night's sleep is REM Sleep Behavior Disorder. This where you find yourself acting out vivid, often unpleasant dreams with vocal sounds and sudden, violent arm and leg movements. It's also known as dream-enacting behavior.

Alarmingly, around 80-90% of people who develop REM Sleep Behavior Disorder will develop degenerative brain disease in the near future because of the damaging effect on sleep.

In all cases, the new research suggests that recognizing a sleep disorder early and treating it with medication is extremely important in preserving brain function and lowering your risk of Alzheimer's and dementia.

Should You Be Worried?

We all suffer from occasional sleep deprivation. But if you frequently suffer from these warning signs, it is definitely in your interest to consult your doctor:

The sooner you get a sleep disorder diagnosed and under treatment, the more likely you will be able to slow down and even prevent the damaging long term effects on your brain.

Often, sleep problems go unrecognized until it's too late. They may only become a major issue after the onset of dementia or Alzheimer's Disease.

That's why it's so important we heed this new research and taken action early.

A common condition among dementia patients is known as sundowning. As the name suggests, it affects people as the sun goes down and throughout the night. Symptoms include:

This goes on to affect sleep, thereby exacerbating the underlying sleep issues further.

The best treatments for sundowning involve habit changes. The evening should be a quiet time with quiet activities. It may be necessary to minimize television viewing, lower lights, and stop late night snacking or caffeine use.

Sundowning often goes hand-in-hand with insomnia, so a doctor may also prescribe medications to aid sleep. If not, then natural sleep herbs may be of use.

Our bodies depend upon the sleep hormone melatonin to help us sleep. The production of this hormone seems to be lacking in Alzheimer's patients. Fortunately, supplements containing melatonin have shown promising results already.

Melatonin is also showing positive results for those suffering from sleep problems that do not yet exhibit Alzheimer's symptoms, suggesting it may also help prevent the onset of Alzheimer's later in life.

Sarah Schwarcz is a writer at Senior Planning Services, an industry leader in guiding seniors and their families through the Medicaid maze. Besides her interest in medicine and the brain, Sarah loves nature, blogging and spending time with her family.