The Man Who Never Slept

The Man Who Never Slept may sound like an urban legend - but it's actually the title of a BBC television documentary about Fatal Familial Insomnia (FFI).

This is a tragic genetic disease that kills its victims through total sleep deprivation. It affects only a few dozen families around the world and often strikes after the child-bearing years are over.

It is a cruel disease, but the study of this total insomnia has taught us a lot about the human brain and the need to sleep.

The Story of Michael Corke

Michael Corke was a music teacher from Chicago.

He slept fine all his life until one day, shortly after his 40th birthday in 1991, Corke began having trouble sleeping.

In the following weeks, his sleeplessness grew worse and his health deteriorated. Eventually he was plagued by total insomnia - he could not sleep at all.

Doctors were baffled by Corke's condition and he was diagnosed with Multiple Sclerosis, even though insomnia is not a symptom of MS. Nobody understood why he couldn't sleep, or why sleeping pills and barbiturates made it worse.

His condition turned out to be Fatal Familial Insomnia, a disease covered extensively in The Family That Couldn't Sleep: A Medical Mystery by D T Max.

Michael Corke's condition was caused by prion disease. However it may not be the only cause of total sleeplessness.

The Story of John Alan Jordan 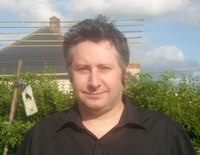 As a teenager, John Alan Jordan was a high achiever. He had excellent grades in Biology, Physics and Electronics. He went on to work as a laboratory assistant at a leading dairy company in England.

A few months into his new job, Jordan lost his temper in the lab and abandoned normal safety procedures. He decided to retrieve the plastic milk bottle samples without wearing any protective gloves. By doing so, he exposed himself to broponol kathon, ammonia, hydrochloric acid and industrial strength detergent.

Jordan continued to work like this for several weeks. But soon, he began to feel more tired than usual. "It would seem to me the detergent molecules passed the blood-brain barrier and contaminated my cerebral spinal fluid, leading to an effect on the temperature control mechanism of the hypothalamus," Jordan explained. "It made me gravely ill for two years with a very high temperature."

When he finally recovered, he found that his memory had deteriorated significantly. Jordan went to see a neurologist but the brain scans showed everything was normal. He then asked to be referred to a psychiatrist, who diagnosed him with schizo-affective disorder (which presents itself with mood swings and psychosis). Jordan rejected this diagnosis, on the basis that his memory still hadn't recovered. Neither did it explain his fever.

Jordan's mental and physical symptoms grew worse. "From around Easter 2006 I stopped sleeping altogether. Sleeping pills and all the usual things any human being might try do not work on me at all... So I just meditate and get lost in my own thoughts when I feel the need to rest." This enables Jordan to slow his brainwaves and relax his body, but is no substitution for real sleep.

Today, Jordan feels largely alone in his condition. He acknowledges that it is exceptionally rare for humans to go for extended periods with total insomnia - much less survive and be able to function normally. However, at just 40 years old, he now suffers from premature dementia and memory problems.

The Story of Ngoc Thai

Born in 1942, Ngoc Thai is well known for being "the man who never slept."

At the age of 31 he came down with a severe fever and has suffered from total insomnia ever since. Amazingly, Thai insists that his sleep deprivation gives him no physical symptoms; now in his sixties, he is still able to carry two 110-lb sacks of rice more than 2 miles to his house every day.

Over the years, Thai has tried many medications and traditional folk remedies to cure his insomnia. Nothing worked. Doctors who have examined him say he is in good health, albeit with a slightly weakened liver function. This could be related to his sleep deprivation, or linked with his diet or even the number of sleeping pills he's taken over the years into order to lose consciousness.

In 2006, Thai told Thanh Nein News, "I don't know if the insomnia has impacted on my health or not, but I'm still healthy and I can do the farm work normally like others."

Scientists are yet to study Ngoc Thai in any detail. However one specialist, Dr Wadhwa, says the explanation could be in perception. Wadhwa believes that some insomniacs just can't tell the difference between sleep and wakefulness: "The subject may feel they are merely resting when in actuality they are sleeping," he says. "They may also be having micro naps - very short naps lasting minutes."

The Story of Ines Fernandez

How about the woman who never slept? Back in the 1970s, it was reported that a Spanish woman named Ines Fernandez had not slept for more than 30 years.

(Incidentally, despite suffering from total sleep deprivation, Fernandez did not suffer from Fatal Familial Insomnia.)

Her story began in the summer of 1943. Fernandez was standing at the door of her cottage near Caceres in southwest Spain, watching a religious procession pass by. "I suddenly yawned and a searing pain went through my head," she said, "and since then I have never slept. I have taken thousands of pills and medicines and consulted many doctors, but nothing has been of any use."

"There were long, agonizing nights sitting in my armchair next to the bed watching my husband sleep soundly. Now he's gone and I can't stand the terrifying loneliness of the night." At 57, Fernandez lost her husband and became increasingly nervous and frustrated. It prompted specialists in London and New York to help find a cure for her total insomnia.

In her 30 years without sleep, Fernandez was treated by a neurosurgeon, Dr Padios Abril, who said, "I have never known a case like this. I now think an operation would be useful, but it would have to be in England or America, where such specialist clinics exist."

The doctor described her condition as chronic cholecystitis (inflammation of the gall bladder) and total insomnia, adding that the sleep section of the brain appeared to permanently impaired.

Whether total sleep deprivation is caused by fever, illness, genetic mutation or psychological disorder, it remains an exceptionally rare condition.

However, if you feel you are suffering from persistent insomnia, see your doctor. Not only is sleep vital to healthy brain function, disrupted sleep has been linked to Alzheimer's and dementia in later life.