Home >
Advanced Lucid Dreaming
> The Many Faces of Dream Characters

The Many Faces of Dream Characters 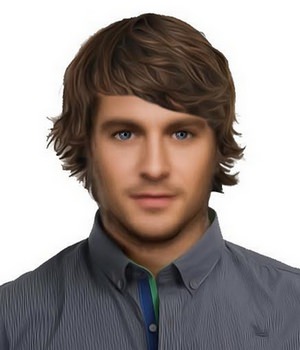 Does this face look familiar?

It should. This is the result of image averaging - a technique in which multiple headshots are averaged out into a single face.

In this case, our composite guy was generated by psychology student and photography enthusiast, Bill Lytton.

I hope you can tell which is which. 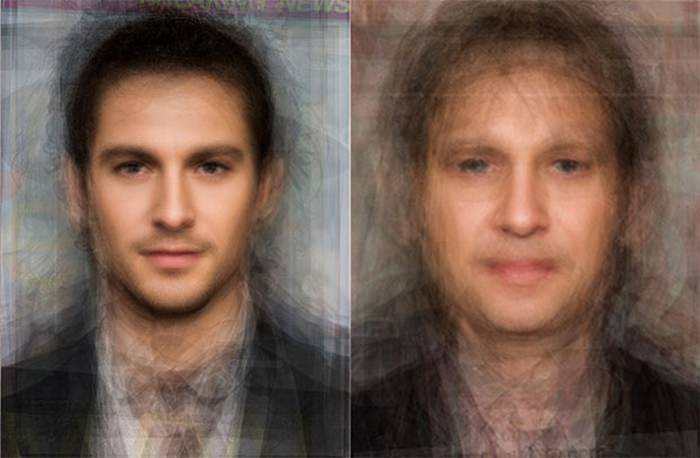 The first thing you'll notice is the attractive face is clearer and less blurred. That's because the more average your face looks, the more attractive you're considered. So together they lined up nicely.

Meanwhile, the other guy is a bit of a mess. The combination of so many unattractive faces created an onslaught of odd-looking features which failed to conform to a neat finish.

By the way, you can see now the handsome guy is the basis for our superhuman dream character (top). Which celebrity do you see in him? I see Bradley Cooper.

Despite this (I never could decide whether Bradley Cooper is handsome or ugly) the features you see there are the averaged public consensus of handsomeness. So, now you know.

To prove this point further, check out those two faces again with a Marquardt mask overlay. 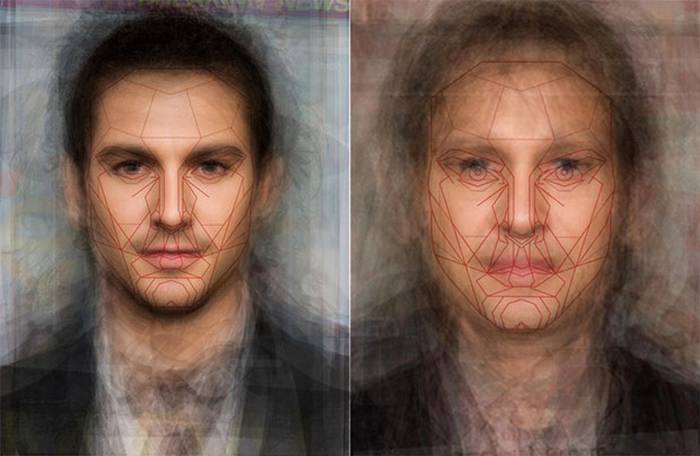 Actually, the science of the Golden Ratio applying to human faces is controversial. But you can see why some people support the idea. With the Marquardt mask, you can see how the handsome guy fits the mask near perfectly. Meanwhile the aesthetically-challenged chap on the right simply can't fit into the mask of handsomeness.

The Golden Ratio has been proven to occur in plenty of other naturally occuring scenarios, however, from the nautilus shell to spiral galaxies. It's a compelling concept and has even been used in sound technology to create meditation audios which many swear by.

So, it's a pretty interesting tool for analyzing facial features when we want to avoid getting bogged down by subjective opinion. Luckily, there is some wiggle room in reality: beauty is in the eye of the beholder and all that.

But what's all this got to do with dream characters?

Where Do Dream Faces Come From?

When I'm lucid, I like to summon specific dream characters.

I tend to have lucid goals in mind every day. Often these involve spending time with particular people, asking them pre-conceived questions, and enlisting them as guides or main characters in my adventures.

Fortunately, when you're lucid, there is an option to increase the realism of such characters.

But right now I'm more interested in why this discrepancy happens in the first place.

Who or what is stitching together the unexpected features of these dream figures? They're clearly not being built entirely on memory - so what process can we thank for these irrational leaps of imagination? 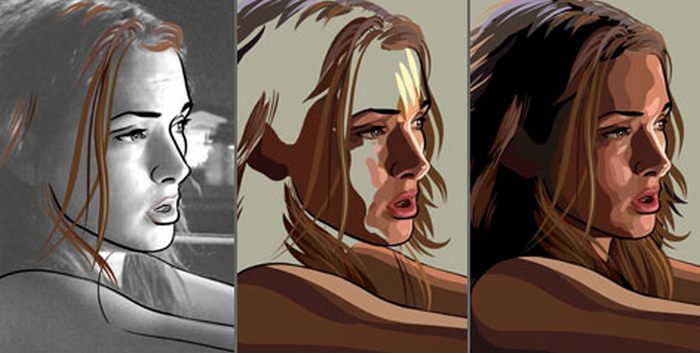 Our dreams are a combination of memory plus creativity.

In the same way, dream characters are composed of both memories and original features.

Some people believe it's impossible to dream new faces; they say all dream faces come from real life.

I disagree: your mind is quite capable of mashing up many faces (a bit like the image averaging seen before) to create a familiar but otherwise original face.

So while real-life faces do make their way into our dreams, particularly when we lucidly request them, there is a whole other aspect at play: unconscious creative expression.

And THIS is what causes our dream characters to look strange. To continually change. To be the wrong gender, even when we are convinced of the person's identity underneath.

It explains why, in any given dream, no two faces are the same.

Who Are You Looking At?
Source: A Scanner Darkly