Believe it or not...

Every living soul on this earth has been through a psychedelic moment at one point in their life.

That could be a trip, a near-death experience or maybe a simple lucid dream.

And some have wasted those profound experiences.

While others have turned them into indestructible works of literature!

McKenna is well respected in multiple circles. The admirers of nature call him a mystic - whereas, the white-collar world refers to him as an ethnobotanist, lecturer and a psychonaut.

With a long list of notable works, Terence McKenna has opened the doors of the West to many new concepts and successfully nullified a number of harmful perceptions around psychedelia in general.

Plus, he was even known to speak publically about the comparisons between the psychedelic experience and lucid dreaming!

Anyhow, without further ado, check out these 8 Terence McKenna books that surely have the capacity to challenge your perception of life itself.

Food of the Gods 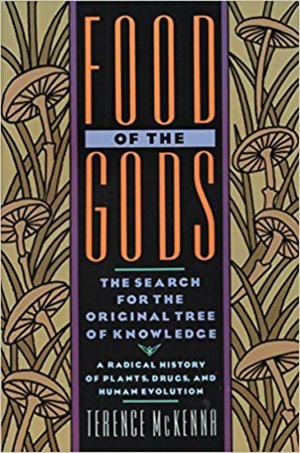 Food of the Gods is a book that analyzes human history and its close relationship with all psychoactive plants and fungi.

Terence McKenna argues and gives compelling evidence that hallucinogenic plants have played a vital role in the entire story of human evolution.

The book looks at the historic use of drugs by humans and fundamentally reassesses humanity’s relationship with nature and plants.

McKenna explains that before modern times - and even long before the industrial revolution - our ancestors used to consume psychoactive plants as food, especially during scarceness.

He discusses the idea that as a result they would have enjoyed a more excessive food supply, as well as enhanced visual strength and greater reproductive fitness.

In the book he also makes it clear that more recent drugs like hashish, tobacco, and alcohol have advanced destructive qualities - which are more injurious for human health than “the food of the gods”. 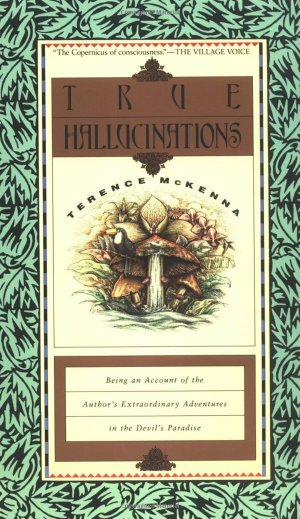 True Hallucinations describes a series of events that took place with Terence McKenna and Dennis McKenna (Terence’s brother) along with their friends, when they were on the way to the Colombian Amazon in the search of ‘oo-koo-he’, a shamanic hallucinogen.

The journey took another direction when they found that the primary hallucinogen they were looking for turned out to be a ‘Stropharia Cubensis’… a psychedelic mushroom which can be still found in abundance!

What’s more fascinating about this book is how the McKenna brothers used the mushroom to set up an experiment that presents an experiential theory related to the universe’s fourth dimension.

And just for the record that has given many people a new understanding of time!

True Hallucinations is also home to several other beautiful incidents that happened to McKenna in the Amazon.

The book does a wonderful job of explaining the feelings of these unforgettable hallucinogenic experiences that Terence went through... Elf-like men, holographic mirages, flying saucers and the future of technology are all described in emotional detail. 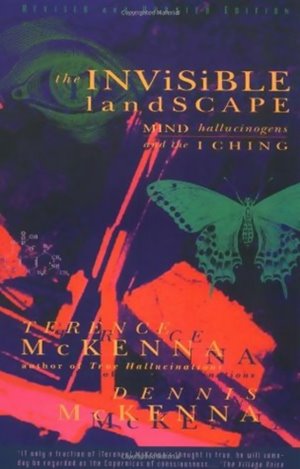 The Invisible Landscape is one of the best Terence McKenna books written alongside his brother.

It is essentially a modernized interpretation of Jungian psychotherapy that focuses on brain-chemistry at a very deep level.

Terence has included a couple of interesting theories on subatomic particles and nuances within human DNA.

Actually he goes as far as to present a scientifically coherent hypothesis of the atomic behavior that takes place in the DNA at the microscopic level.

This is why many critics and authors have found this book appealing. McKenna presents the psychedelic concept in a very different way, in subtle harmony with the scientific mindset of our age.

The Invisible Landscape is divided into three parts.

The first one includes experiments related to hallucinogenic mushrooms and Ayahuasca. The second part describes the relationship between time waves and the 'I Ching' pattern.

And lastly, this book considers the age old concept of eschaton as a fractal and universal morphogenetic field present everywhere in space and time. 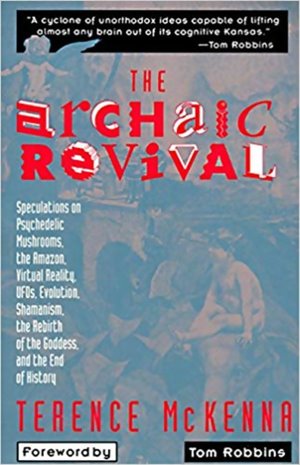 The Archaic Revival is a collection of essays, articles and interviews with Terence McKenna.

Where he shares with us the benefit of his lifelong experiences in the field of psychedelia and research.

It presents several topics, such as virtual reality, UFOs and shamanism in an interconnected way. As ever Terence backs his body of psychedelic research and experiments with solid (and compelling) evidence.

He has intelligently argued with strong reason that human society is in dire need of experiencing more psychedelic experiences through shamanism.

The book also explains how the peoples of ancient civilizations used psychedelic plants to bring peace to their communities and includes research on multiple societies where psychedelics were found to be the tools of renowned thinkers and intellectuals.

One of the many reasons behind the popularity of this book is the proposition of something called ‘novelty theory’ that is referred to in virtually every chapter.

Despite numerous disagreements and debates on the novelty theory by many researchers, The Archaic Revival is still considered as one of the finest pieces of literature ever written on the psychedelic experience.

Sacred Mushrooms and the Law 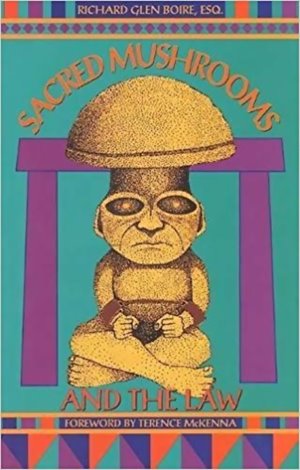 Terence McKenna’s Sacred Mushrooms and the Law is a great book which challenges the current legal system that bans the use of psychedelic drugs.

You will be surprised to find out how psychedelic mushrooms were treated by law in Babylonian times!

To this point, Sacred Mushrooms and the Law is also said to be the only book that covers the legality of mushrooms under different ancient civilizations.

In fact, this book thoroughly considers all the major historical data sources related to the use of magic mushrooms.

All the modern state and federal laws related to psychedelic mushrooms are also explained in this book along with the possible punishments by the law. 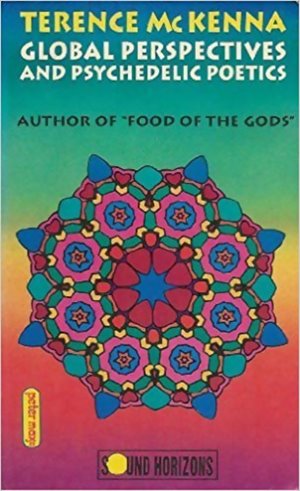 Undoubtedly, Terence McKenna has the power to make you believe everything he writes in his books - and not just for a few days or years, but the influence is for a lifetime!

One of the most profound pieces of literature ever produced is Global Perspectives and Psychedelic Poetics. This book is a real eye-opener for society at large and for those who harbor a secret psychedelic perspective but are afraid to accept their own nature.

Terence has beautifully explained the involvement of politics in manipulating the psychedelic culture.

He argues that drugs, meditation and art are all vital elements to humanity - and required to open any isolated mind.

He also puts forward his suggestion that modern governments work hard to hide the benefits of the psychedelic experience (he would have loved the latest approved trials from MAPS).

McKenna’s unwavering belief in the potential of psychedelic culture can be truly felt through this book. 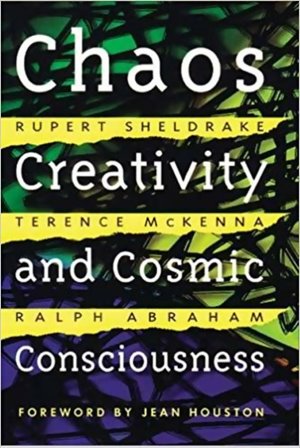 Ever wanted to see the world through the eyes of a psychedelic vision?

This book - which is a remarkable contribution to psychedelic literature - might just be the closest you’ll get without tripping!

McKenna along with two other authors, Ralph H. Abraham and Rupert Sheldrake, present their views on the relationship between chaos, creativity – and the existence of humans.

The book is a big challenge for its readers, as they are asked to re-examine their understanding of morality, the laws of nature and even reality itself. Past theories on all these matters are critically reviewed and considered in respect to their connection with our modern era of scientific understanding.

McKenna has done his level best to help readers grasp these complex matters and includes a unique theory on the bonding between the light of consciousness and physical light waves.

But nevertheless, this is one the hardest books by Terrance McKenna for a wandering layman to grasp! 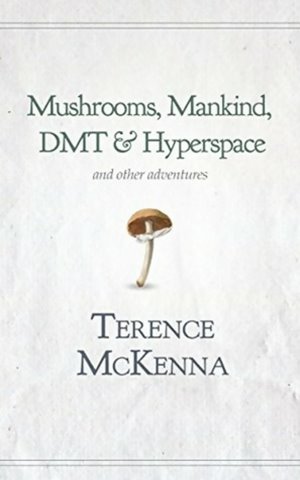 Terence McKenna covers a broad and intense array topics in this book.

He provides his wisdom on the Stoned Ape theory, the intention of history, uniform communication, shamanic science, hermeticism, eschaton, extraterrestrial possibilities, DMT experiences and many more.

So, there are multiple reasons to delve into this book, as it examines pretty much every major aspect of life through a psychedelic lens!

Mushroom, Mankind, DMT, and Hyperspace is a must for you if you want to hear McKenna’s in-depth theories about magic mushrooms, their acceptance in religions - and how it affects a process he calls conveyance.

The psychedelic works of McKenna are without equal in their sphere.

The way he has posited so many illuminating concepts, multiple theories and linked them all with psychology and science is truly mind-boggling.

So whether you have a skeptical approach towards human behavior - or you are fascinated by the mysteries of the psychecilic experience - all 8 of these Terence McKenna books are worth a look.

Oh… and while you’re here, why not learn how to lucid dream?

As I said before, McKenna himself compared it to the psychedelic experience.